Stratasys Ltd., a manufacturer of 3D printers and materials for personal use, prototyping and production, recently announced that the world’s greenest 3D printed car, the URBEE, will take centre stage at this years’ 3D Print show in both London and Paris. Jim Kor, President of Kor Ecologic headed a team of Canadian engineers designing a car whose plastic body can be manufactured with a 3-D printer. They’ve already made a prototype of their car, dubbed the Urbee, and are working on a second, more advanced version.

It is planned that about two years from now, his sons Cody and Tyler Kor, now 20 and 22 years old, respectively, will drive coast-to-coast in the lozenge-shaped Urbee 2, the more advanced version of the Urbee. This can only be achieved once funding kicks in. This will allow for the engineers to take the latest prototype from San Francisco to New York, that too on just 10 gallons of pure ethanol. 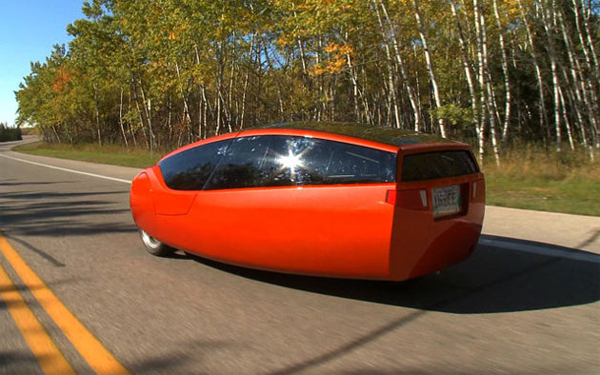 Kor hope to prove that the car can be driven in existing traffic, make it in Google Map’s prescribed time and have the Guinness book of world records involved as well. This road trip, they speculate, will generate even more interest in the project. Kor already has some orders, mostly from people who worked on the design with him. It was estimated that the original Urbee prototype cost around $50,000 to manufacture, however costs are believed to lower once production is streamlined to factory standards.