Honda presented its first Natural Gas Vehicle with exceptional fuel efficiency and a debit card pre-loaded with $3,000 that will be used at the Clean Energy CNG fueling stations for purchasing the fuel  and this vehicle has combined EPA fuel economy rating of 31mpg and 40 percent fuel saving compared to conventional gasoline powered compact car. 2012 Civic Named the Green Car of the Year by the Green Car Journal and Greenest Car of 2012 by the American Council for Energy Efficient Economy.

Honda developed the numerous technologies to make it more efficient and reduce CO2 emissions and Honda has nominees as the best green cars manufecturer in the World due to its best fuel efficient and corbon reducing vehicles. America’s Council for and Energy-Efficient Economy has given it the award for its best production. 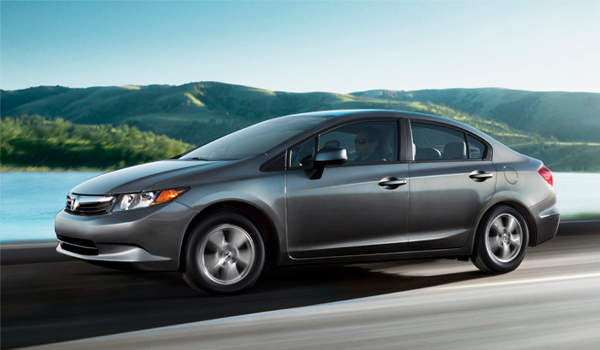