Since Mazda cars aren’t as common as Toyota and Honda cars, most people do not know who makes Mazda. Mazda remained a part of Ford (Ford owned 33% of its shares) from 1974 to 2015, and after that, Mazda became an independent company. So, the simple answer to the question – who makes Mazda – is “Mazda.”

However, there is so much more you need to know about Mazda and its production, and in this post, we will explain everything about the popular car brand.

What is Mazda Famous For?

Mazda has made its name for its unique design philosophy, innovative tech, powerful engines, rally racing, and advanced safety facilities. In 2020, Mazda was named the most reliable brand by Consumer Reports.

The company’s mission is to positively contribute to people’s lives, preserve the environment, and donate to various charities. Mazda also strives to provide excellent customer service, cultivating loyalty throughout the world. Their unique contributions have indeed helped the whole automobile industry to grow.

However, some individuals have little or no knowledge of Mazda. Such as how it came into being, where it started and currently operates, and so on. Today, we will answer the most important queries about Mazda company and its operations. So let’s get started:

Due to heavy losses and to avoid bankruptcy, the company had to accept assistance from numerous business leaders in Hiroshima. Initially, Toyo Kogyo was an expert in creating machine tools; however, the company changed its direction with the dawn of the new decade.

Mazda unveiled the first automobile for passengers in 1940, but the company remained a three-wheeled cart manufacturer until the 1950s. As part of Mazda’s goal to offer affordable vehicles, the automaker started developing compact cars, three-wheel vehicles, and trucks.

The biggest innovation in the 1960s was Wankel rotary engines, which quickly gained popularity in Japan and elsewhere. It was also the time when Mazda began exporting vehicles at an astounding rate as production increased. Their vehicles soon reached different parts of the world – both rotary-engine and piston-engine models.

Mazda Canada was founded in 1968, paving the way for Mazda to enter the Canadian market.

Mazda and Ford Motor Company entered into a partnership in 1974, which lasted until 2015. With the hoovering stock dilution in 2015, Ford shares plummeted. Following that, Mazda bought the remaining stock. 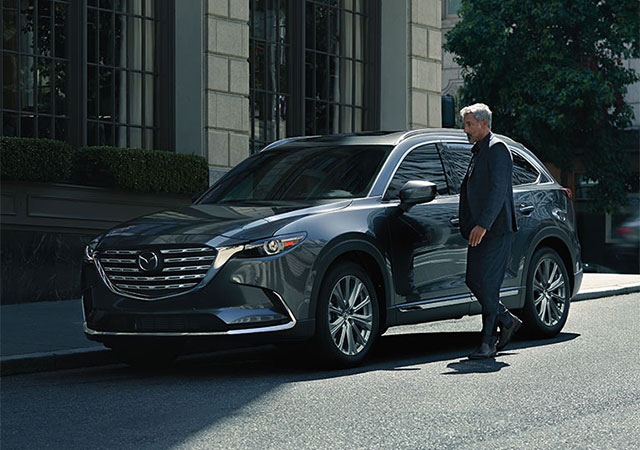 Currently, Mazda Motor Corporation develops all the Mazda models, but in the past, the automaker created cars in partnership with Ford, and the Blue Oval did the same. Over the years, Mazda made several partnerships where they shared technologies and expertise with different corporates as well as automakers. Mazda made the most recent partnership with Toyota in May 2015, when Mazda signed to share SkyActiv gasoline and diesel engine technology with Toyota. In return, Toyota shares its hydrogen fuel cell systems with Mazda.

Mazda Motor Corporation Group owns Mazda, headquartered in Fuchū, Aki District, Hiroshima Prefecture, Japan. The company has a presence in over one hundred and thirty countries and sells passenger and commercial vehicles.

Mazda has also made some joint ventures in some markets. FAW-Mazda (in Changchun) and Changan Mazda (in Nanjing) are two of them that the corporation operates in China.

Where Are Mazda Cars Produced?

In 2015, Mazda produced 1.5 million vehicles for global markets, with the majority of them built in Japan. Based on production, Mazda ranked fifteenth in the world at the end of 2016.

Hiroshima’s Miyoshi district is home to the Mazda plant that produces these models. Mazda develops most of its performance vehicles here.

Two factories co-owned by Ford in the USA manufacture this vehicle. The first is located in Claycomo, Missouri, and the second is in Flat Rock, Michigan.

Mazda has been providing consumers with high-quality and reliable automobiles for many years. The impressive collection of automobiles from the Japanese manufacturer includes: 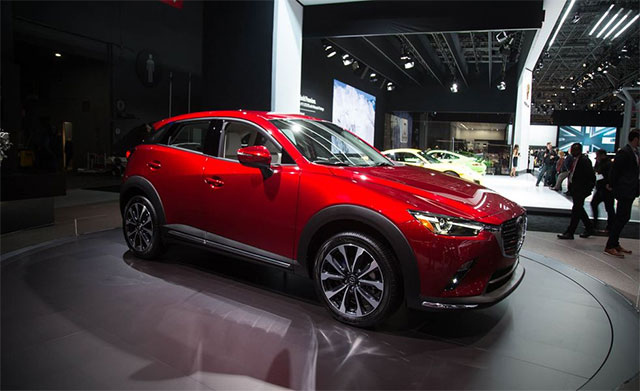 The Mazda’s smallest SUV, the CX-3, competes with Honda HR-V and its sibling CX-30, which is just a bit bigger and more expensive. Despite its less expensive than the CX-30, it offers a premium interior, athletic handling, punchy acceleration, an enjoyable driving experience, and an array of standard safety features. 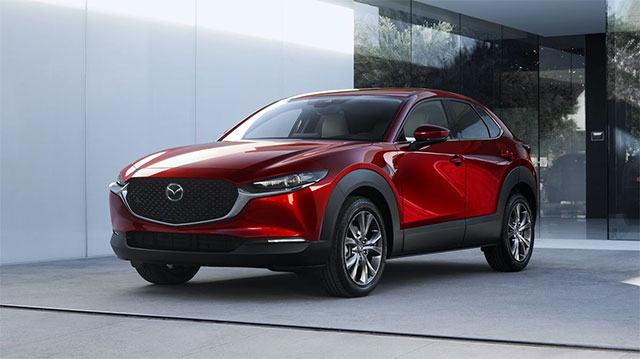 Even though the CX-30 is a sub-compact SUV, it is a bigger, more powerful, more modern, and more desirable SUV than the Mazda CX-3. It inherits the styling, interior design, and motor from the Mazda 3 sedan and hatchback, along with a suspension that gives it a slight SUV feel (although only barely). The best things about the CX-30 are its sporty handling, punchy turbo engine option, classy cabin, smooth ride, and a long list of standard safety facilities.

The new compact Mazda CX-5 comes with a lot of changes, including the standard all-wheel drive, redesigned seats, and an improved turbo engine. However, what makes it stand out in its class is a classy cabin, sporty ride, engaging handling, impressive ride quality, and high-class safety amenities. 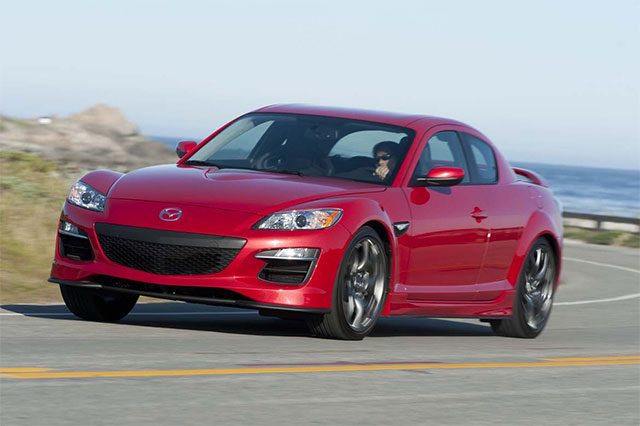 The Mazda RX-8 is an iconic car that derives from a lineage of reputable street cars. Due to the lightweight characteristics of its rotary engine, it has a near-perfect response at the throttle.

Mazda stopped production in 2011, but it is still one of its most famous sports cars. It is a rear-wheel-drive vehicle powered by a 1.3-liter Rotary engine, delivering up to 232 horsepower. 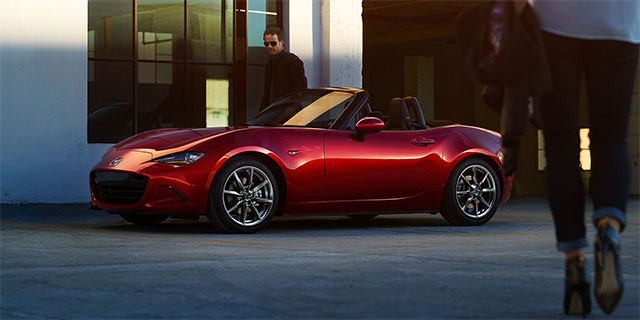 Introduced in 1989, the MX-5 Miata is the best-selling convertible sports car in automotive history, courtesy of its agile cornering, poised handling, eager acceleration, upscale interior, and excellent fuel economy for a sports car.

FAQs Of Who Makes Mazda

How does Mazda compare to Toyota?

While Toyota and Lexus are two of the world’s most reliable brands, Mazda beat them in 2020, according to Consumer Reports. The company collected data on over 300,000 vehicles owned by its members in its 2020 Auto Reliability Surveys and awarded Mazda the most reliable brand.
However, that does not mean Toyota is a lesser brand. In fact, Toyota is the larger of the two automakers, with a more diverse product portfolio and more fuel-efficient engines. Toyota also leads in hybrid and fuel-cell technologies along with an array of safety technologies.

Do Ford and Mazda Still Produce Vehicles Together?

No, Ford and Mazda do not co-develop vehicles right now. However, they still collaborate on several projects to improve their products. Mazda and Ford enjoyed a long successful partnership which though ended when Mazda rebought all the stocks from Ford, and both companies are still committed to sharing resources and expertise.

Mazda cars are famous for their eye-catching design, punchy engines, fun-to-drive factor, upscale cabins, innovative tech, and an array of safety features. Besides, its cars are more affordable than most of its rivals, thus offering more value for your money.

If someone asks you, who makes Mazda cars right now? The simple answer is that “Mazda Motor Corporation” makes their own cars, but they get assistance from other companies and automakers time by time. Mazda Motor Company has partnered with various organizations in the past, and it still has a healthy relationship with Ford, Toyota, and other motor companies.