The Cars.com/USA TODAY/MotorWeek Midsize Sedan Showdown a competition in which the world’s most  famous midsize sedan vehicles participated that retail for under $26, 000 and the 2013 Honda Accord won this competition due to its very individual 28 mpg or better combined EPA-rated fuel economy. It has standard feature content with athletic and dynamic handling, comfortable driving experience and unique interior features. Honda has won this competition four time before it and now after winning this competition the admin of American Honda Motor Co., Inc. showed the pleasure that Accord winning their respective shootouts. 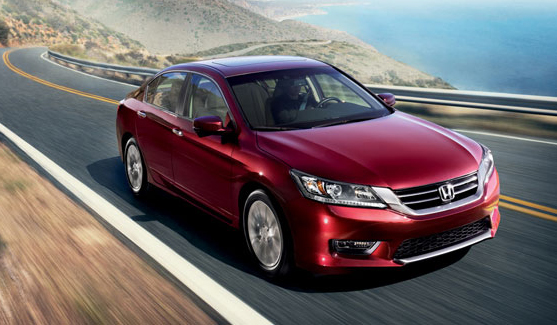 The 2013 Honda Accord won the Top Safety Pick+ also from the insurance institute for Highway Safety(IIHS), this model has nominees as the Car and Driver Magazine’s 10Best Cars list for a record 27th time and announced as the finalist for the 2013 North American Car of the Year.