The 2017 Jaguar F-Type SVR made its debut at the 2016 Geneva Motor Show and quickly gained popularity around the globe due to its powerful powertrain, which is capable of hitting a max speed of 200 mph. 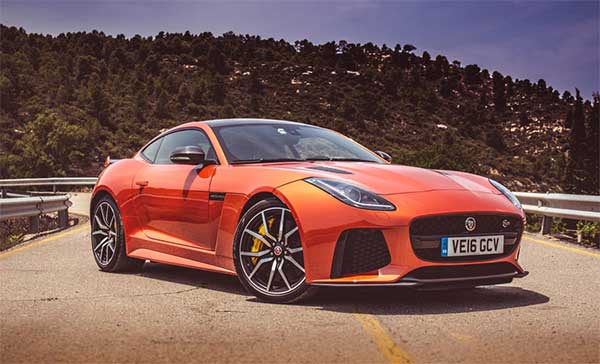 The 2017 Jaguar F-Type SVR is designed by the Jaguar Land Rover Special Vehicle Operations (SVO) division and is the fastest and most powerful production car ever built by the automaker. It carries a 5.0-liter supercharged V8 engine which produces 575HP and 516-lb.ft of torque. With this brawny engine mated to an eight-speed ZF Quickshift transmission, the F-Type SVR could accelerate from 0 to 60 mph in just 3.5 seconds.

The overall weight of the sports car is 55-lbs (25kg) less than the regular AWD F-TYPE R. This weight reduction combined with a standard active rear spoiler improves the aerodynamics of F-Type SVR and boosts the performance. The 2017 Jaguar F-Type SVR starts at $125,950, while the convertible model will be priced at $128,800. The car will be available at dealerships in USA later this summer.

Alex Christo is blogger who writes for quite a few different topics that all fall under his interests and knowledge, such as car and technology amongst others. Currently residing in Thailand he is travelling and gaining new experiences from the world.