Ford are pretty well known for producing popular vans that have loads of cargo space and are a firm favourite with many tradesmen both in the UK and abroad, but did you know that some of their people carriers are derived from some of those popular vans?

One example is the new 2014 Ford Tourneo Connect, which is based on the Ford Transit Connect van. So is this just a glorified van with seats, or does it offer a great motoring experience for families?

This van-derived MPV (multi-purpose vehicle) comes with a choice of four different engines (two petrol, two diesel), depending on the model chosen:

The baby 1.0-litre EcoBoost petrol engine isn’t as lifeless as you might think, in fact, it’s actually pretty good performance-wise and offers lower CO2 emissions, but when worked hard sounds much louder than the other petrol or diesel engines.

You should probably avoid the 1.6-litre EcoBoost petrol engine, aside from the high CO2 emissions it is only available with an automatic gearbox; this in itself isn’t a bad point, but the fact that the gearbox holds on to the gears too long – causing the engine to rev high – is.

On sale from December 2013, it is expected that the diesel engines will be the bulk of this new model’s sales.

What the Ford Tourneo Connect is like to drive

When you sit inside the driver’s seat of a Tourneo Connect, you will immediately notice the sheer amount of space within the cabin! But despite the cavernous interior, it is pretty car-like to drive. It shares a number of components with the Focus, which make the driveability of this new model pretty refined on the road. 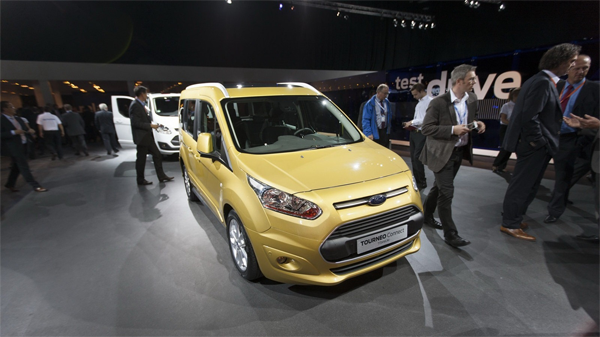 Whilst this is not like a sporty car and certainly won’t achieve any land speed records, the choice of engines offer you plenty of performance and fuel efficiency, which is exactly the mix you need in a people carrier like this.

The suspension setup is surprisingly good on something that is derived from a van, and it absorbs most of the bumps from our questionable roads.

As mentioned a moment ago, the cabin is pretty spacious. You can easily fit five people and some cargo in this car, and the seats are adaptive too: you can easily fold the rear seats or remove them completely if you need the space, and the front passenger folds flat as well which is ideal if you need to transport some long pieces of timber, for example. 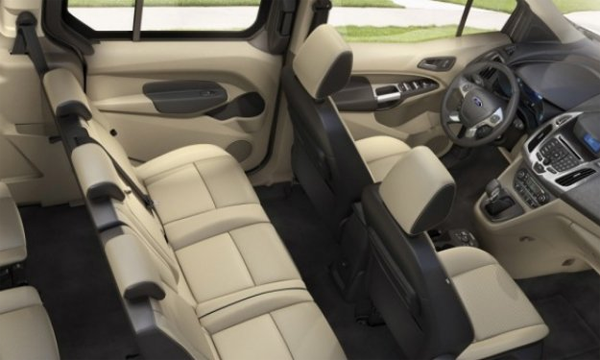 All trim levels feature a DAB stereo and Bluetooth connectivity as standard, and the top-spec trim levels come with all-electric windows and panoramic roof as standard.

The new Ford Tourneo Connect will be available next month onwards, but if you can’t wait then you could get your hands on a similarly sized MPV such as the Hyundai ix35 from WLMG.