What would a super car usually cost? Above a million dollars or something maybe, but this young student, Chen Yinxi, from China has designed his very own jaw-dropping electric super car in just $5,000. 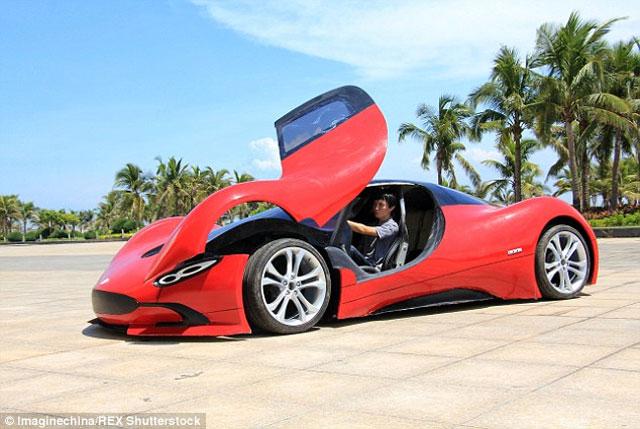 While the super car he designed cannot be really called a “supercar” because it can run to 37 mph, but the attractive feature is its astonishing exterior design boasting a sexy red color, scissor doors, sinister looking front lights and bumpers. The height of the car is also very low giving it a true super car persona. 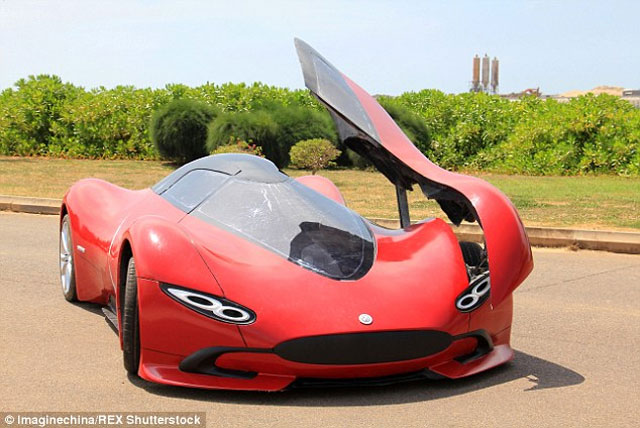 The interior of this electric car is also impressive and is no less than a super car you would buy for thousands of dollars. What’s even more surprising is that, Chen took only six months to build this electric super car, but it’s not street legal yet. It was exhibited at the 2015 Hainan International Automotive Exhibition in Haikou. 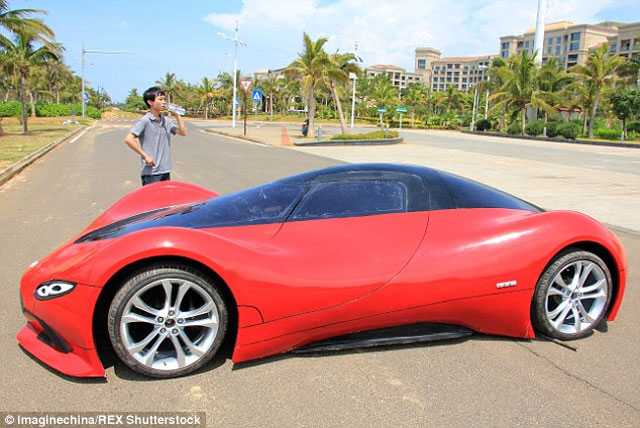 Chen Yinxi is a twenty seven year old car enthusiast who developed interest in automotive when he was in middle school. He is covering his build cost by displaying the car for video and photoshoots.