When it is time to buy a car for a teen, the sports car is probably the last option in the parent’s mind. Indeed, we can easily associate safety concerns, teens’ reckless driving habits, and high insurance premiums with sports cars. But is it rational to deprive teens of the high-performance machines they adore to drive for an adrenaline rush? 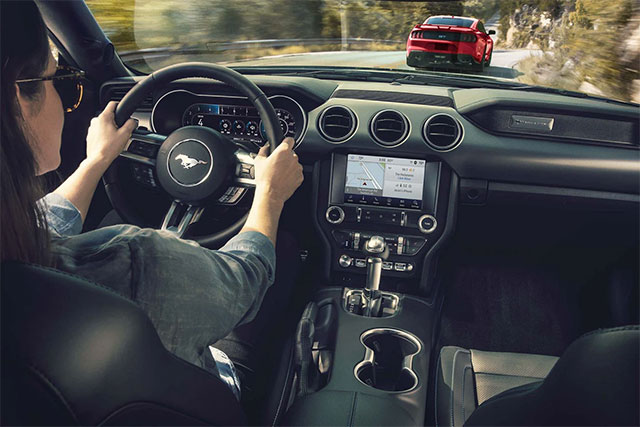 Today’s post concerns sports cars meeting all or some of these essential aspects. So, without further ado, here is our list of the eight best sports cars for teens.

The Mazda Miata is one of the best sports cars for teens, courtesy of its responsiveness, fun, and educational characteristics. Some call it the first genuine sports car that always spread the spirit of European 2-seat roadsters of the 1960s. The best part is the tamed horsepower and torque, allowing young drivers to handle this well-balanced ride easily.

That said, the MX-5 Miata isn’t a practical car, especially for those living in a cold climate. The rear-wheel-drive is perfect for summer, though, and most people in the northern part of the U.S. use it as only a summer car. Therefore, it will be easier for you to find a used Miata there with a few thousand miles on the odometer at an affordable price.

The first-generation MX-5 Miata came in 1989 with a 1.6-liter engine delivering 115 horsepower. The automaker added an updated 1.8-liter after five years, producing 131 horsepower. The first-generation entry-level Miatas are perfect for some old-school driving with no air conditioning, power steering, and alloy wheels (they were available on higher trims, though, and later came as standard). If your teen isn’t happy with anything but a sports car, the base models of Miata’s early days are perfect and available between $1,500 and $8,000, depending on condition, age, and mileage.

The second-generation Miata (1999-2005) got larger yet more responsive, and its power output increased to 140 hp. Other changes included ABS, more structural toughness of the chassis and a six-speed manual for the top trim. Later, Mazda introduced a 1.8-liter turbo engine generating 180 hp and hitting 60 mph in only 6.2 seconds. Avoid MazdaSpeed Miata (if you are on a budget) because it costs around $10,000 to $15000 against the $2,500-$12,000 for the regular versions.

The second-generation Toyota MR-2 (1989-1999) is a lot more stylish and powerful than the first generation, which came with two powerplant choices – a 130 hp 2.0-liter naturally aspirated and a 200 hp turbocharged 2.0-liter. This mini Ferrari is available between $5,000 and $12,000. The turbo models are challenging to find and sport higher price tags compared to regular variants.

One of the best sports cars for teens, the Mitsubishi Eclipse is available with a number of potent mills, two body layouts – coupe and convertible, and forward- and all-wheel drive. It doesn’t offer crazy acceleration and speed, so it is the best sports car for teens.

We highly recommend the Eclipse second through the fourth generation. The 2nd-gen came in 1995 and lasted till 1999, offering different powerplants – both naturally aspirated and turbocharged. These are available between $3,500 and $10,000. The turbo models are more expensive, though.

Critics call the Impreza a motorsport legend thanks to the WRX versions that came with rally-enthused techs such as all-wheel drive, tough suspensions, and turbo four mills. One of the best sports cars for teens generates varied output depending on the engine and is fairly inexpensive to run.

From the first facelift, “blob eye,” to the present WRX STI, you will surely find one fitting your income. The best part is it is accessible in sedan, hatchback, and wagon body styles, and various engine outputs allow you to choose the one suiting your teens’ driving behavior.

Do not hesitate to go for the WRX variants for extra oomph. The first-generation models are available between $5,000 and $10,000. A second-generation clean WRX under 100k miles will set you back a good $10K to $15K.

The namesake of the pony car, Ford introduced the legendary Mustang nameplate in 1964, and it is currently in its sixth generation. The fifth best-selling Ford nameplate is available in a variety of body styles, including coupe, hatchback, fastback, and convertible, and some of the old models sell at exorbitant prices.

You cannot go wrong with the Mustang finding the best sports cars for teens. Of course, some models are more reliable and speedier than others, so you must do your research. The first generation came with a base retail price of $2,320.

If you are looking for a newer Mustang with modern styling for your teen, we highly suggest you go for the fifth generation (2005-2014). Ford totally redesigned it and introduced a variety of engine choices and power outputs to suit the needs of different customers. We suggest leaving out the Shelby GT500 for a teen’s first car because of its whopping 550 hp and 510 lb-ft of torque. Some models even produce up to 662 hp.

If you are a parent more concerned about safety than the budget in a sports car, the Ford Mustang Mach-E is one of the securest models available right now. With exclusive headlights, IIHS gave it a Top Safety Pick award, the second highest from the safety organization. It is not a sports car, but its performance models are quicker than your imagination – the GT Performance does 0 to 60 mph in 3.5 seconds.

Toyota unveiled the first-generation Celica in 1970, but teens seeking a stylish Celica model should focus on the 6th-gen (1993-1999) and 7th-gen (1999-2006) models. Since these are the latest, they are readily available on the secondhand car market with acceptable miles.

While both 6th- and 7th-gen models are the best sports cars for teens, we vote for the latter, especially the GT-S model with a wing. Why? Well, it employs the brand’s 2ZZ-GE powerplant, co-developed with Yamaha, pushing 180 horsepower through the 1.8-liter inline-4. The engine revs all the way to 8,000 rpm and works like a sports bike. Lotus also employed the same mill in the Series 2 Elise, which produced 190 hp thanks to their new software.

Be ready to fork out around $4,000 to $13,000 on a Toyota Celica as per its condition and trim level. The 7th-gen Celica models are obviously pricier, and the high-performance GT-S drags the price on a higher column. Whatever model you choose for your teen, they will indeed have fun behind the wheel.

Besides a powerful mill, the Celica is also a practical car. The hatchback model comes with standard front-wheel drive, which is less fun than a rear-wheel-drive car but is more acceptable to parents and insurance companies alike.

The best thing about buying this Toyota is the brand’s dependability. With even 100,000 miles, they are still pretty solid to run and maintain. The spare parts are readily accessible, and you may only need to change the oil, brake pads, and tires regularly to add many more miles.

So far, we have only talked about used and affordable sports cars for teens. While they all have gathered lots of fan following and accolades over the years for their sporty nature, handling, and drive, they are not the most comfortable and safest of cars. The safety tech improved over time, and today’s car models are much safer and more securer than before.

If you value safety, tech, comfort, and driver assistance more than the budget, then you have to dish out more to find the latest sports models. Of course, a Mustang of the 1990s is not as aerodynamic, good-looking, and safe as the Mustang of the present time. So, here are our top recommendations for 2022-2023.

With an overall 8.9/10 rating from the U.S. News, the 2022 Ford Mustang is the best sports car for teens. The greatest thing about this latest pony car is its fun-to-drive nature, potent mills, engaging handling, comfortable seats, a range of appearance and performance packages, modern cabin, five out of five stars rating from NHTSA, and plenty of standard driver assistance features.

The rear-wheel-drive BRZ is a well-rounded machine offering everything you would expect from a modern sports car. It delivers agile handling, peppy acceleration, comfortable seating, and a broad range of driver-assistance features. With an 8.7/100 overall rating from the U.S. News, it will be hard for you to find any negatives. 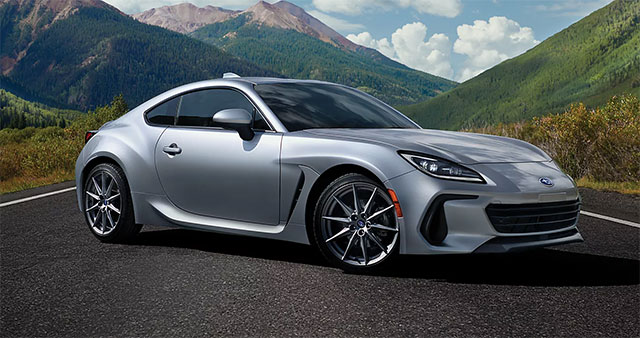 Of note, the Toyota GR86 and the BRZ share many traits because they are rebadged models. Both cars share the 2.4-liter flat four-cylinder offering 228 horsepower and 184 pound-feet of torque, the six-speed manual transmission, rear-wheel drive, and most interior facilities.

Apart from subtle exterior changes and suspension turning, there isn’t much to separate these two sports models. Comparing both, the decision might come down to brand loyalty more than anything else. The prices hover between $28,595 and $32,795.

The automotive market presents us multitude of sports cars in different budget ranges. I believe the best sports cars for teens are the ones that are small, lightweight with four-cylinder engines, and offer superb handling and agility instead of absolute speed and power. Our list contains both used and new sports cars, allowing you to pick those suiting your kid’s driving habits and, most importantly, your comfort level.