It seems prospective Tesla-Killer can’t get a break from its financial troubles. The California based car manufacturer is still at-least two years away from delivering on its promise to unveil an industry-shaking electric car that could disrupt the pioneer and leader of Luxury EV segment, Tesla.

Though backed by Chinese technological giant, LeEco and brilliant minds from BMW, Lamborghini, Tesla and SpaceX working tirelessly, the financial and legal tirades never seem to end for Faraday Future. 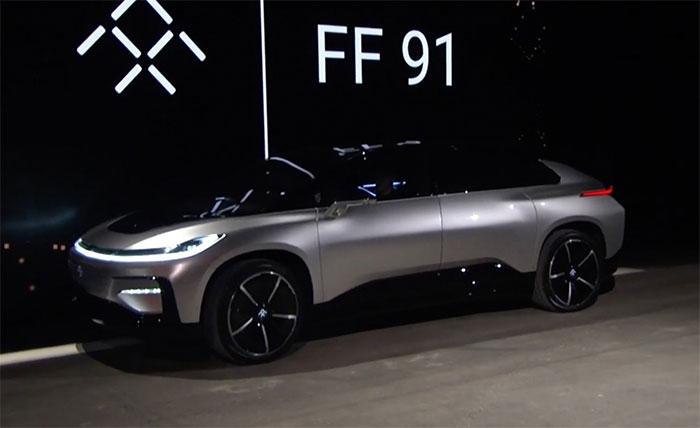 The company unrelieved FF91 at CES 2017 with some impressive footage and numbers, but according to some reports, it only managed to secure 60 pre-orders. However, the company refutes this claim.

At the moment, LeEco is facing financial troubles of its own and is reportedly selling off its assets in the US. That’s not all, Faraday Bicycles company is also pursuing a suite against the ambitious automaker for using its moniker. Whether Faraday Future rises from its turmoil is yet to be seen. There is no doubt they can deliver on their claims, but can they deliver on time is yet to be seen.