General Motors is the largest company in the world which is getting the fame due to its individual and super brands in all classes, it has presented small and big cars with petrol, diesel, gasoline and electric engines. In Beijing the president and managing director of General Motors disclose the New Chevrolet EN-V 2.0 concept which is the next version of its revolutionary concept. It is a revolutionary mobility concept which revealed at World Expo 2010 Shanghai. 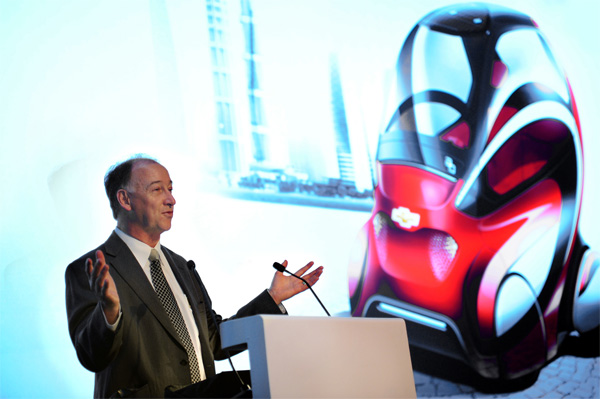 According to the president of GM the EN-V 2.0 concept would use technologies such as the mobility Internet, electrification and telematics to change the auto industry in future. This 2-seats EN-V (Electric Networked-Vehicle) will be consist on electrification and connectivity, it will coming with the easiness of parking, air quality and affordability. It will make according to the demand on consumers such as in-vehicle climate control and personal storage space due to its small size. It will drive in all weather and road conditions with confidence. This model will present in whole china in the next production because in future its need will be more than its production.