The Mazda CX-5 is a compact crossover introduced by the Japanese automaker at the 2012 Los Angeles Auto Show. It came with an excellent fuel economy rating, sharp steering, agile handling, and a four out of five stars reliability rating from J.D. Power. The crossover SUV improved over the years in terms of exterior design, comfort, ride & handling, power, and safety. However, like other vehicles, the Mazda CX-5 problems are also a concern for buyers.

If you are in the market to purchase a new or used CX-5, you should know about these common issues and repair costs to make an informed buying decision. Today, we will discuss the Mazda CX-5 problems, their solutions, and the model years you should avoid.

We will use owner grievances reported on Car Complaints (CC) and reliability ratings on J.D. Power. According to CC, a total of 502 complaints have been reported against the Mazda CX-5. 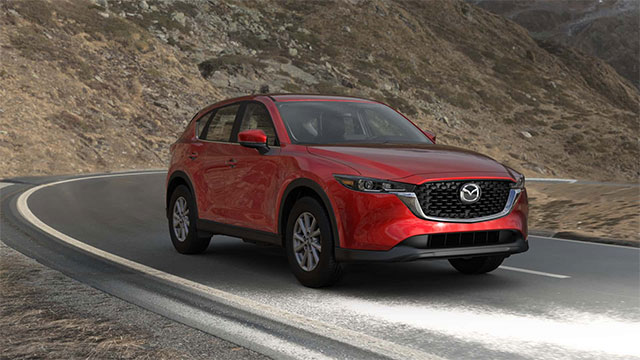 Here’s the breakdown of the number of Mazda CX-5 problems on Car Complaints.

As you can see, the 2014 and 2016 CX-5 models have received the most complaints. Overall, most of the Mazda CX-5 problems are related to LED daytime running lights, engines, windshields, and brakes.

Here’s a breakdown of the Mazda CX-5 issues.

This issue primarily relates to the 2016 CX-5, where 54 owners have reported failure of LED daytime running lights (DRLs) so far on Car Complaints.

DRLs work to make your vehicle’s presence known during the day, improving road safety and assisting other motorists and pedestrians in seeing your vehicle quickly. These are significantly more helpful during gloomy days.

Since it was a safety concern for other vehicles and pedestrians, the automaker recalled over 36,761 CX-5s to fix the defective DRLs. The recall means the company will bear the repair and replacement costs.

Those who have paid for the repairs on their own can get in touch with Mazda dealers for repayment. The average repair cost is $1,050.

The 2016 CX-5 acquired this issue due to a wrong design for a gasket that covers a wiring connector. Therefore, the circuit that manages the lights is likely to erode, causing power issues for the light.

The solution is changing the sealing gasket or the entire headlight assembly.

It is one of the most typical Mazda CX-5 problems reported by 24 owners at Car Complaints. Surprisingly, when the driver switches off the engine, it shuts down, but the battery stays alive. The 2013 and 2014 CX-5 models are afflicted mainly by this problem.

It happens due to the electrical/ignition system breakdown that does not turn the battery off when the CX-5 is switched off.

You can easily discern the issue when the clock and dashboard lights are on. As the battery stays alive, it drains out and does not let you start the car.

Here’s one owner’s account: “My Mazda originally did this like twice a couple of months ago. I thought it was some weird fluke thing I must have done because it couldn’t be replicated, but now it is more frequent. My car will only shut off partially and sometimes can take up to 15 minutes to turn off. I have turned it on and off repeatedly, which is 1. embarrassing, 2. annoying, 3. unreliable then, when I get back to my car, I have trouble turning it on due to the battery being drained, and sometimes I have to jump the car!!”

This problem occurs due to a defective transmission sensor, which a Mazda dealership can take care of for around $250.

When the engine shuts down, and the battery doesn’t, a quick solution is to restart the vehicle, shift into gear, and turn off the power. If it doesn’t solve this problem, try to drive the car a bit and then switch off the ignition.

Windshield cracking is one of the most typical Mazda CX-5 problems reported by owners of 2014 -2017 models. The owners said the cracks emerged from nowhere and continued growing.

The biggest awkwardness for some owners is that nothing had hit the windscreen that could cause cracking. Some even parked their Mazda in the garage, only to find a spider-web crack on the windscreen in the morning.

Driving with a cracked window is obviously annoying and disturbing, and unlawful in some states.

It is wise to replace the windshield as soon as possible because the repair is mostly impossible. You should try covering the replacement in warranty and convince the dealership. If it does not listen to you, try speaking to a senior executive. If you still do not succeed, your insurance should cover it.

While premature brake wear isn’t a big issue, brake failure can be life-threatening. Only one person reported CX-5 brake failing on Car Complaints, but the owner said others also have dealt with this issue.

The issue is commonly known as “ghost touch,” as you find the display scrolls and clicks random buttons automatically. Strangely, it happens both while parking and driving.

While driving with a malfunctioned infotainment system is not dangerous, it is undoubtedly frustrating. Owners of the CX-5 models between 2017 and 2021 have reported this issue.

Unfortunately, you have to buy a new infotainment display, which could cost more than $1,200. Mazda didn’t recall any vehicle due to this issue, and it will not be something they will fix outside of warranty.

An easy solution to get around this one of the annoying Mazda CX-5 problems is disabling the touchscreen.

How to go about it?

Which Mazda CX-5 Models Should You Avoid?

However, let a mechanic check the crossover you are interested in before purchasing, and he will be able to point out the Mazda CX-5 problems. You can buy these two models on his recommendations.

Which Mazda CX-5 Models Are Safe To Buy?

The CX-5 is not the first compact SUV from Mazda. It is a successor of the CX-7 and the Tribute, which came in 2000. Therefore, the CX-5 was an improved attempt, eliminating all the previous owner complaints. Apart from the two models we have mentioned above (2013 & 2016), all other models since 2013 are perfectly safe to buy.

That said, it is always wise to conduct a vehicle inspection before purchasing. Check all the crucial components and workings yourself, or get help from a certified mechanic.

Since these model years didn’t receive many owner complaints over the years, it means they are reliable, requiring fewer repairs and maintenance.

For a more modern look, advanced tech, and safety features, we highly suggest you go for any model between 2017 and 2023. With each new model year, Mazda boosted its facilities, making the car safer, more comfortable, more impressive inside, sportier, more powerful, and more tech-equipped.

How Reliable is Mazda CX-5?

Like the 2022 Mazda 6, the CX-5 is a reasonably reliable vehicle, especially considering rankings from the J.D. Power. The first model had an average J.D. Power rating of 75 out of 100, which jumped to 82 (considered Great) for the 2014 model.

You might be scratching your head why the J.D. Power survey mentioned the 2014 CX-5 as ‘Great’ when so many customers reported problems with it. Well, J.D. Power considers all the faults, fails, and design flaws and then rates the vehicles. The overall reliability rating doesn’t make the 2014 CX-5 a loser. It is still a worthy crossover for families. The 2016 CX-5 also has an average rating, but it is the lowest of all the model years.

Look at the table below to find out how J.D. Power rated the Mazda CX-5 over the years.

It doesn’t matter who is Mazda owned by; their vehicles are stylish, safe, versatile, agile, and powerful. The CX-5 has received some complaints and recalls, but these do not make the compact crossover unreliable and untrustworthy. Indeed, you must be more concerned about the 2014 and 2016 CX-5 models, but you should not hesitate to buy these if your mechanic gives you the go-ahead. For peace of mind, you can always ignore the 2016 CX-5 and buy any other model year.