In 2014, Jeep are going to release a brand new baby SUV which will compete directly against the Nissan Juke, a rather unique crossover vehicle that’s won the hearts and minds of British motorists. Jeep and Nissan are two entirely different brands which have very different visions; so the question is, can Jeeps new baby SUV lure the Juke crowd over to the dark side?

The first signs are promising – the new SUV will feature the same aggressive, rugged styling as the gorgeous Wrangler off-roader, yet only be around 5 inches higher, longer and wider than the 2013 Ford Fiesta. The 2014 Jeep Subcompact SUV is already getting crossover enthusiasts excited by the mere prospect of a chunky, Jeep-badged Nissan Juke killer, and Jeep are said to be working hard at developing an engine range that makes the new car sporty to drive yet economical on a combined run.

Speaking of engines, the new SUV is expected to launch with a 1.6 or 1.7-litre diesel engine with start and stop technology.

To make this baby SUV a success though, Jeep are going to have to work towards keeping their prices competitive; the well equipped Nissan Juke at Bristol Street Motors 1.5 dCi N-tech costs just £17,690 and the fast and furious hot hatch competitor the Nissan Juke Nismo costs only £22,600. For those prices you get A LOT of car.

Of course, Jeep has something going for it that Nissan doesn’t; off-road pedigree. Jeep is a brand that is synonymous with off-roaders and rugged cars, and this is sure to appeal to Nissan Juke fans. PLUS, the current generation of Jeep vehicles make mincemeat out of the Juke as far as interior quality and luxury is concerned. If Jeep can deliver an interior that’s 90% as good as the new Wrangler they may make many sales based on this alone. 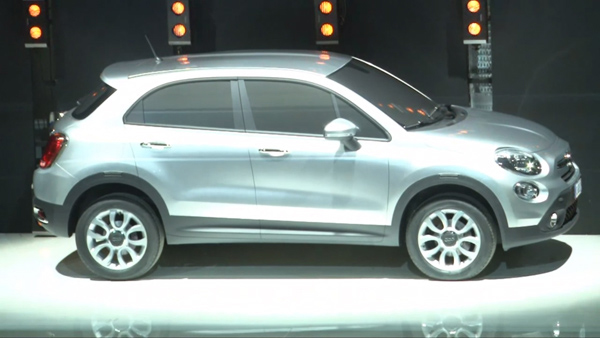 The biggest reason the new Jeep baby SUV will be a success though is not because of its Wrangler-inspired design alongside cute Ford Fiesta-sized proportions; the car is expected to launch with all wheel drive and be every bit as developed for off-road use as the bigger Wrangler. This will almost certainly put all FWD crossovers in to perspective. Jeep could also offer the baby SUV with FWD, although this would dilute the brand in our view.

As 4-wheel drive crossover vehicles gain popularity in the UK, Jeep would be entering in to a competitive market that’s set to grow. If they get the car right it could be a revelation. It is also important to keep in mind that servicing a Jeep can be slightly more expensive as the price for the parts tends to be higher. It is important to keep this in mind when searching for the car as regular car servicing such as Bristol Street Motors car servicing Birmingham is very important for the longevity of the vehicle.

There are no prices or official specifications yet for this much anticipated vehicle, but we’ll be sure to update this post as soon as they become available. The car is expected to be unveiled at the Geneva Motor Show in March 2014.