Japanese marque Nissan and Italian coachbuilder Italdesign are celebrating their 50th anniversaries this year by creating the Italdesign Nissan GTR-50. It is not only visually pleasing but also boasts huge power.

The handsome car has an all-black exterior with prominent golden colored highlights. The front fascia gets a small share of the golden color which can be seen on the bumper. The black and golden follows onto the side mirrors and then onto the rear fascia where we see most of the gold paint. The dominant curved spoiler and trunk, as well as the bumper, are bathed in gold. 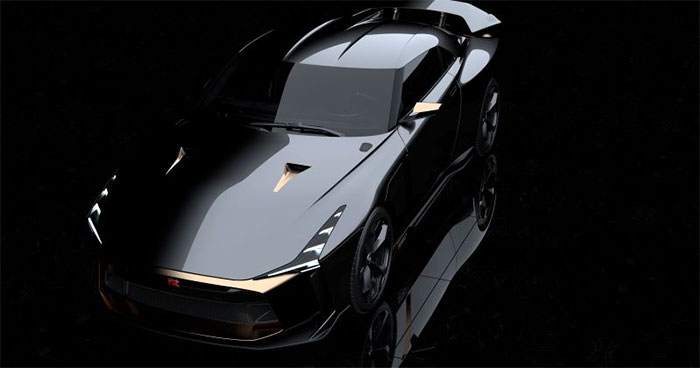 To give the ride a sportier stance, the headroom has been reduced. However, that does not compromise ride comfort by any means.  The black inside has also been mixed with a slight gold paint.

Underneath the hood, the engine is the familiar 3.8-liter twin turbo V6. However, the engine has been tuned to make 710 hp and 575lb-ft torque. The suspension and brakes also get an upgrade.

This limited edition Italian design Nissan GTR-50 will only have one example and it will be showcased in July at an event in Europe.