Odyssey minivans set to be released by Honda in Japan

Honda has announced that the fresh out of production Odyssey and Odyssey Absolute premium minivans will now be released to dealerships all over Japan at the start of November. The Odyssey is now entering into its unprecedented fifth generation and will also be released soon into markets which missed the fourth-gen model like Honda Malaysia.

The fifth-gen JDM-spec Honda Odyssey  introduces sliding rear doors for the first time into the brand, and has a higher ceiling, lower floor and far more interior space than the previous model thanks to a new ultra-low-floor platform. As was the case with the previous models, there are two models; the regular Odyssey and the Odyssey Absolute.

The Odyssey Absolute is differentiated from the regular Odyssey by a more aggressive-looking front apron with mesh in the intakes and fog lamp housings, additional chrome trim and a subtly-different rear apron. Both vehicles possess a 2.4 litre DOHC i-VTEC four-cylinder ‘Earth Dreams’ engine with idle stop and a CVT, but the Absolute adds direct injection to the motor, a seven-speed mode to the gearbox as well as shift paddles. So the regular Odyssey has 175 PS and 225 Nm of torque which is slightly less than the direct-injected Absolute has 190 PS and 237 Nm of torque. 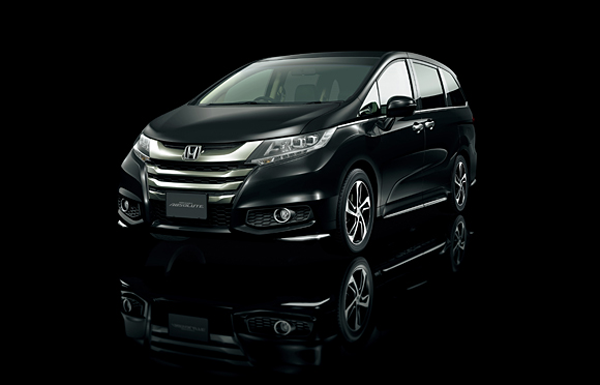 With a sterling reputation as a writer capable of writing on a range of topics due to his highly diverse interests, Abdullah is currently engaged in online writing for a number of websites with themes ranging from Automobiles.