Whenever a new installment of the Gran Turismo game is about to release, the automakers seize the opportunity to showcase crazy concepts which players can enjoy within the game. With just a week left until the debut of the new Gran Turismo Sport, the French automaker has announced the launch of the Peugeot L750 R Hybrid Vision virtual concept, which the players can enjoy in the game. 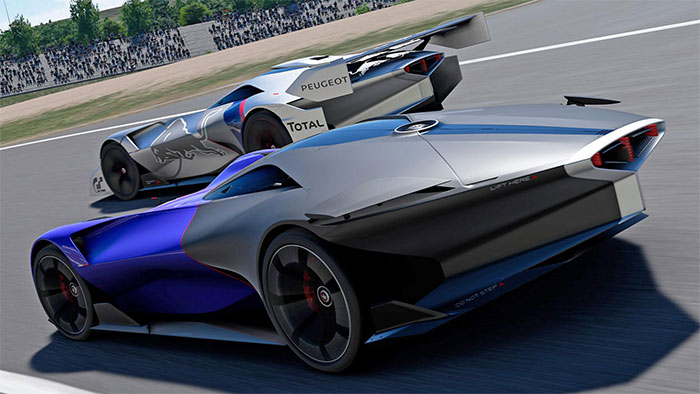 The Peugeot L750 R Hybrid Vision concept is designed by the automaker in collaboration with the Peugeot motorsport division. In the game, the L750 R Hybrid Vision concept will feature a gasoline engine paired with an electric motor. The gasoline unit will deliver 572 bhp, while the electric motor will provide 168 bhp. In total, the hybrid system will generate 740 bhp.

The virtual concept features a new dual-circuit braking system along with independent front and rear suspensions. The body will be composed of carbon-fiber to keep the weight low at 825 kg. With such a low weight and improved aerodynamics, the Peugeot L750 R Hybrid Vision concept will be capable of going from 0 to 60 mph in just 2.4 seconds.

The Gran Turismo Sport will officially launch on PS4 on October 17th. Players can also try the demo version, which was launched on 9th October.