Porsche presented its sports models in the previous history and its every model got much fame in its customers and other people due to highly remarkable features and power. Porsche AG decided to present its next model 918 Spyder in 2013 with extraordinary power and fuel consumption. This model is more powerful than the initial prototypes. The main feature of this car is its high efficiency and performance and according to the engineers of Porsche AG this car will beat the all competitive models of its era. This 918 Spyder is in the final stage of production and in the start of 2013 it will come in the market with great interior and exterior features. 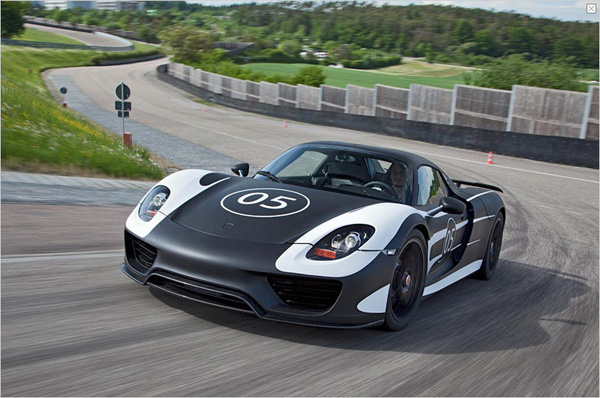 The main focus about this model is on the interplay between the highly sophisticated individual drive components. Its combination of combustion engine and two independent electric motors, its one motor is on the front axle and one in the drive line that acting on the rear wheels-poses completely with new demands on the development of the operating strategies which will prove a great development in the Porsche AG. This super sports car is designed as a plug-in hybrid with great performance line and combustion engine with electric motors for extra performance, its machine has ability to produce more than 770hp and its fuel consumption is unbelievable because it can run 100 kilometers in 3 liters. 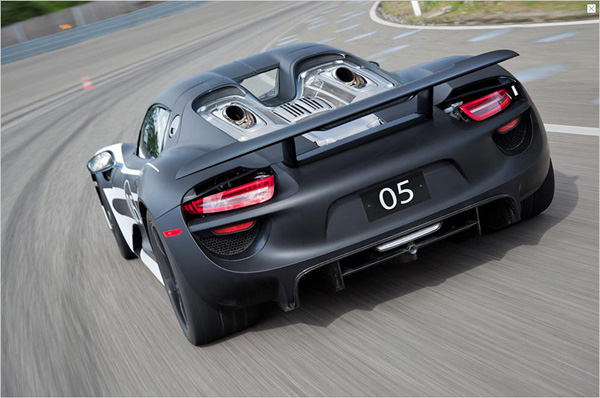