It’s no surprise that there is an uproar.

Recently, the Mazda 3, a very popular compact car currently ranked number one in its class by US News and World Report, unveiled an option that would seemingly push it higher still in the eyes of the public: Facebook integration.

Facebook, with its 100 million users worldwide, is a very marketable addition to any automobile infotainment system. Facebook has been a mobile applications pioneer for years and was one of the first brands to champion the technology. Now, they’re taking mobile to a whole new level, and Mazda, selling off the charts in North America, Europe, and its native Japan, is an eager guinea pig. 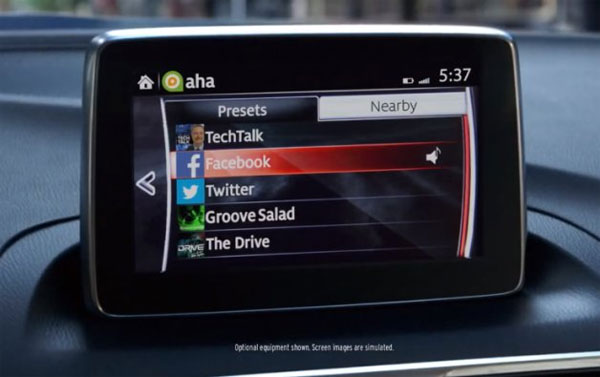 See, when you’re on top, you have to take measures to stay on top, and in the ultra-competitive compact car class, independently owned Mazda isn’t giving up its hard-earned spot as King of the Mountain without a fight. With innovative features becoming increasingly difficult to come by, Mazda has hit the jackpot.

The infamous Mazda 3 ad is presented….

Then again, there’s that uproar.

West Virginia Senator Jay Rockefeller (yes, of the 1% Rockefellers) has raised concerns on the Hill recently in reaction to Mazda advertising its new little golden goose. Rockefeller is strongly objecting, but not to the Mazda advertisement per se. It has equally nothing to do with the often dubious marketing tactics of Facebook. It’s a general concern over having Facebook, or any social media distractions, on the infotainment panel at all.

Big, bad distracted driving, ladies and gentlemen, is back. To address this newest manifestation of an old issue, in February, Rockefeller hosted an all-day pow-wow on the dangers of modern technology and motor vehicles. Representatives from companies like Samsung, Google, and Apple were invited, as were auto manufacturers GM and Toyota. Oddly enough, Mazda was not. 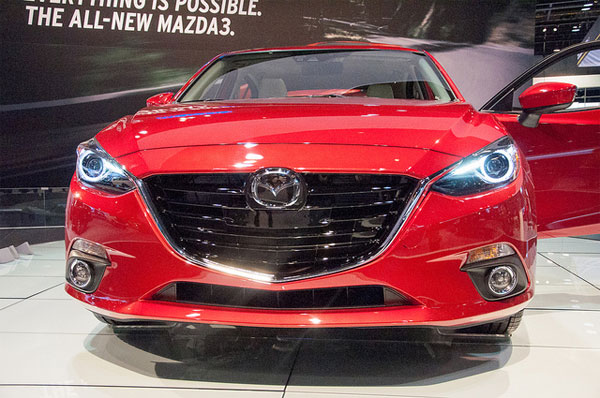 Regardless of the politics, and regardless of the new face on the issue, the concerns are old hat. They are also, sadly, very real. In 2012, over 420,000 people were injured in crashes because of distracted driving. Over 660,000 people are driving while using electronic devices at any given time on US highways. Simply reading a text message forces a driver who is traveling at 55 mph to take his eyes off the road for a distance equivalent to the length of a football field. Over 10% of all traffic fatalities involving teenagers are caused by distracted driving. It’s an issue worthy of attention, no doubt, but what kind of attention will it receive?

Senator Rockefeller stated during the meeting that legislation will be proposed to regulate technology in automobiles if private industry doesn’t come up with a fix quickly enough, but, like hands-free laws, and even DUI laws, regulations won’t solve the problem entirely. To what extent America’s bad habit of distracted driving will be affected by this latest round of DC shadow boxing remains to be seen.

Gail Watkins, an avid writer for http://www.HROwen.co.uk, is a sports car guru who enjoys traveling abroad to car shows, events, carnivals or just a trip across West Canada. One day, Gail hopes to fulfill a long-time dream by driving historic Route 66 in a Dodge Viper with her husband. Follow Gail’s travels, car news and events on Google+.