With a limited number of McLaren P1s driven with extreme care by their owners/friends, you won’t imagine seeing them involved in road accidents. However, this wasn’t the case when a driver crashed McLaren P1 on a road in Washington, DC, earlier this week. This is the second time a McLaren P1 has been involved in an accident, the first accident occurred in Dallas, Texas near Thanksgiving, last year.

The details of the accidents aren’t made public yet, but from the condition of McLaren P1 after the crash, it can easily be deduced that the car wasn’t traveling very fast. 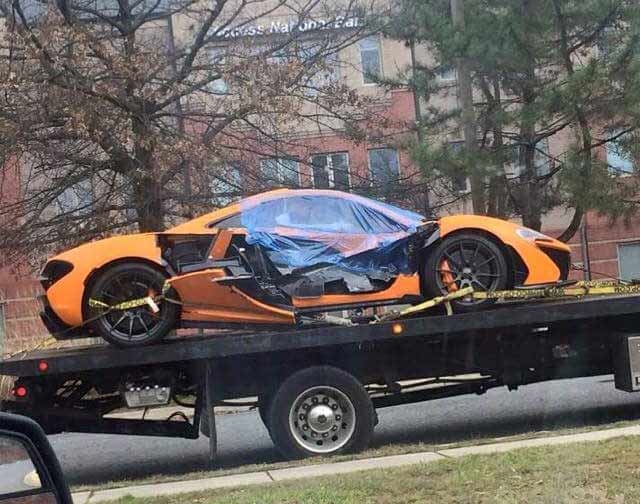 Pictures of the damaged orange McLaren P1 were uploaded on different social media sites, soon after the accident. Reportedly, the car owner was not driving it (his friend was) and was out of the country at the time of the accident.

The uploaded image shows McLaren P1 loaded on a flatbed and from the looks of it, no severe technical damage can be seen. The doors are also unharmed, so we assume, only a certain portion of the car was wrecked, but the exact volume of destruction can’t be estimated yet. However, the damage done to the car appears to be recoverable. Feel free to share any information on the incident in the comment section below.