The 1965 Corvette with Stingray fuel injectors was originally built for 1965 Motorama Show, but went missing. It was brought back to the U.S after spending 30 years in a storage in South Africa and was purchased by Andrews’ family in 2007 who still owns this vehicle. 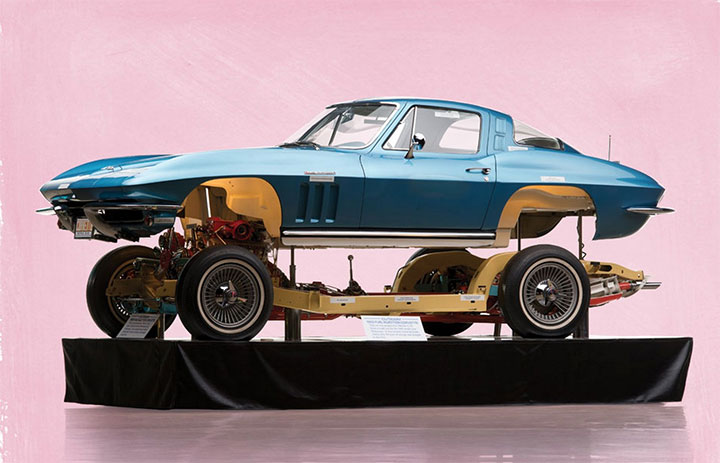 The exterior of the car is covered with Le Mans Blue paint over a white interior, and has a 327 cubic-inch V-8 with M-20 four-speed transmission under its hood. 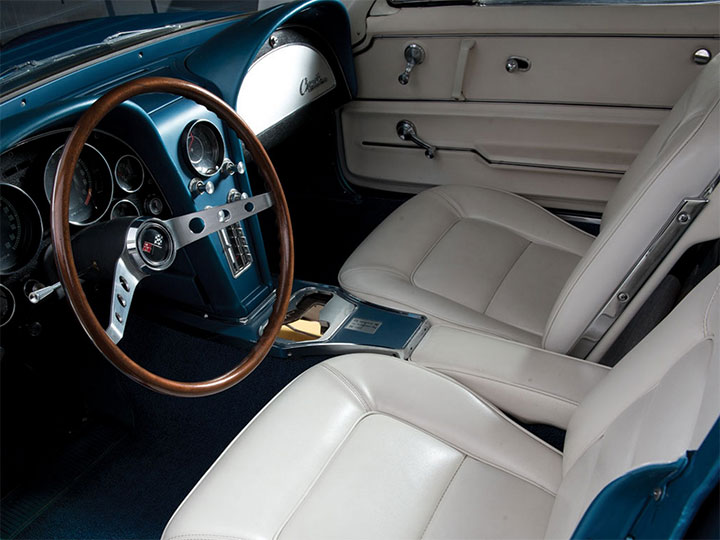 Mr. Wiseman tried his best to maintain the antiquity of the vehicle by preserving as many genuine features as possible such as teakwood steering wheel, the authentic wide-sidewall Rayon cord tires, and the AM/FM radio panel.