Toyota has given the green signal for the production version of C-HR Concept crossover, first revealed at the 2014 Paris Motor Show. Set to redefine the compact crossover industry, Toyota C-HR Concept Crossover will debut at the 2016 Geneva Motor Show on March 1, 2016. The Crossover is designed to offer an ultimate urban lifestyle experience through its Toyota New Global Architecture (TNGA) as found in the 2016 Prius.

The crossover is 4,350mm long, 1,850mm wide, and 1,500mm high. Like all other Toyota Hybrids, the C-HR concept uses the company’s signature Hybrid system and will offer both front and all-wheel drive, making for an innovative and economical new concept. 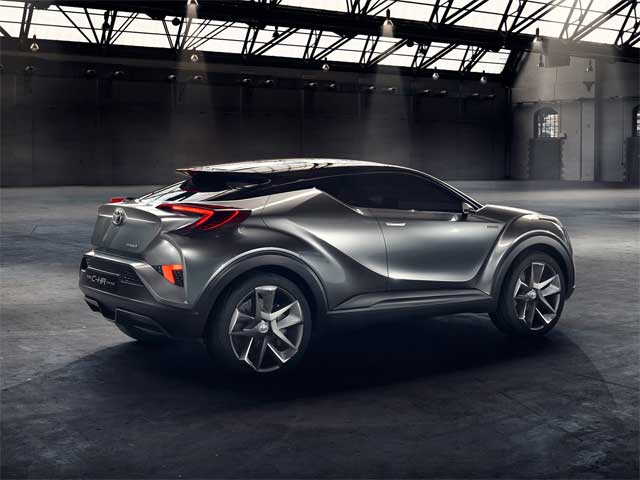 The C-HR Concept crossover also features an extra set of doors with a pair of huge wheels pushed out of its gigantic body to give an exclusive Toyota corporate aggressive look. In addition, the tipped roofline combined with C Pillars at each rear end of the vehicle will present an animated light effect in the cabin’s interior. This new style theme hints at the design direction Toyota seeks for other vehicles.

The Toyota C-HR Concept crossover is the 8th model built for the European local market by Toyota in addition to Auris, Yaris, Camry and Avenis. We hope that the C-HR compact crossover will be a dream come true for a fast urban lifestyle.