Recently, Ferrari introduced a new range-topping model in its lineup, FXX K – a track-only version of the plug-in hybrid LaFerrari. The main inspiration of this supercar comes from the limited edition Ferrari FXX that was produced between 2005 and 2007. Let us see what makes 2015 FXX K different and better than LaFerrari. 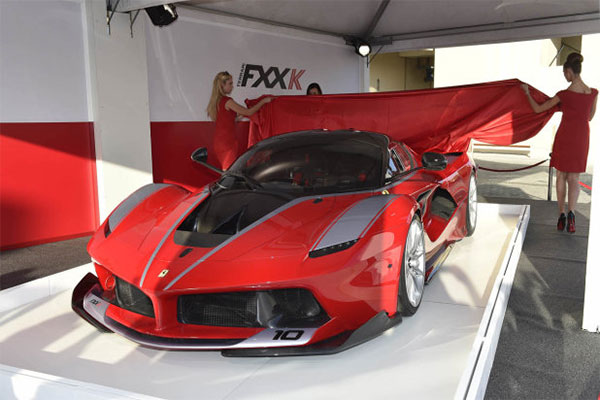 Based on LaFerrari, the FXX K uses same powertrain featuring 6.3 liter F140 V12 engine with electric motor and kinetic energy recovery system (KERS). This hybrid system collectively generates maximum 1035 horsepower (85 hp up than LaFerrari) and 900 Nm torque. The gearbox is also derived from LaFerrari, which encloses a seven-speed dual-clutch transmission (DCT). Moreover, it employs double wishbone suspension on front axle, and multi-link suspension on the rear one. The FXX K records 0-100km/h acceleration in just 2.8 seconds on its way to a top speed of 350km/h. 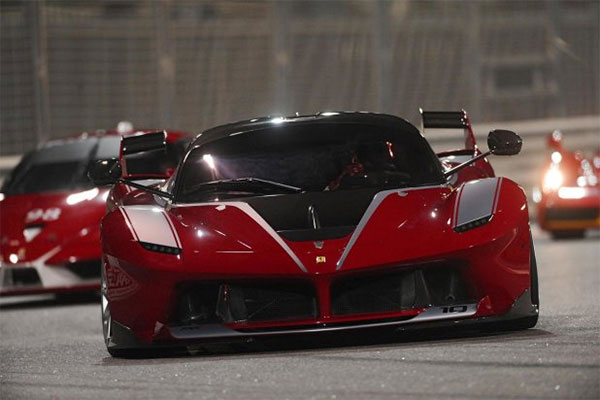 Just like its powertrain, the overall design of Ferrari FXX K is also borrowed from the LaFerrari. However, the automaker has mildly restyled the car to improve the downforce and deliver on-track performance. For instance, the FXX K is 11 inches longer and 2 inches wider than LaFerrari. The front end is loaded with two-profile spoiler, a large splitter and the headlights concealed with a similar strip that appears on the sidelines. Coming to the rear end, it has a mobile spoiler with tailfins, while each fin carries a small wing on the end. 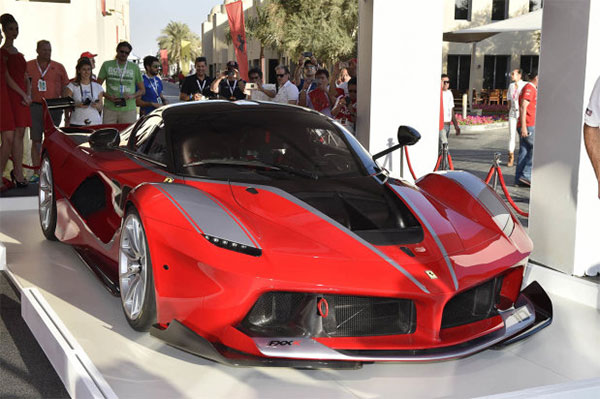 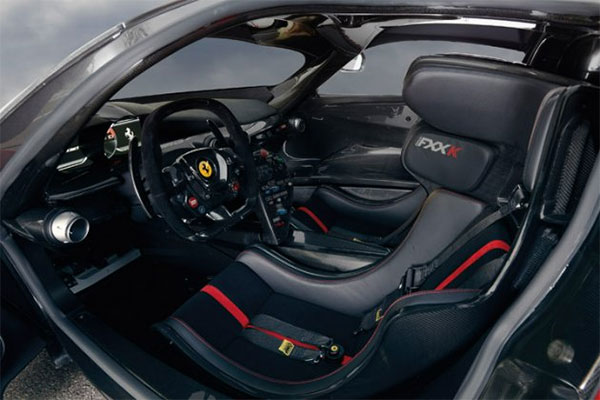 It is definitely not easy to put your hands on to the new Ferrari FXX K, as it has a price tag of €2.5 million ($3.2 million). So far, the company has delivered only one unit of this track-only sports car, which was received by the Yas Marina Circuit at Abu Dhabi for 2014 Ferrari Finali Mondiali. Being part of a Client-Test-Driver program, this car will be driven by the owners of previous XX models in a special test program.

Without doubt, the Ferrari FXX K is the most innovative sports car manufactured by the Italian automaker. It will definitely continue the legacy of Ferrari in motorsport division, and would successfully compete with the hybrid track-based sports cars like McLaren P1 GTR.