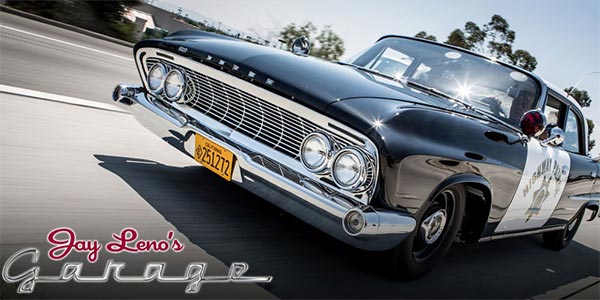 Since this Polara was not in use for about half a century, it was found in a worn-out condition. Thanks to the Automobile Club of Southern California, this oldie cop car was restored to a brand new condition.

Under the hood, it was equipped with a 413-cubic-inch V8, which was overhauled to a working condition. ACSC confirms it delivers 332 horsepower and 406 pound-feet of torque. Other issues fixed were emergency lighting, radio and the speedometer.

Despite knowing the fact that the 1961 Dodge Polara was recently restored, the host Jay Leno didn’t give a second thought and pushed the pedal to hit the 60 – 80 mph mark. Watch the full episode of Jay Leno’s garage to know more about this spectacular restored cop car.