Acura’s TLX Prototype are red hot as witnessed in the first glimpse. This sedan is of an athletic nature and would be expected on sale this summer most probably. A 2.4-liter I4 will be amalgamated with Honda’s new eight-speed dual-clutch transmission featuring a torque converter to efficiently ease initial tip-in. Honda/Acura’s 3.5-liter V6 will also be available mated to a nine-speed automatic transmission. The company’s Super-Handling All Wheel Drive (SH-AWD) and Precision All Wheel Steering (P-AWS) will also be offered, the former exclusively on V6 models. 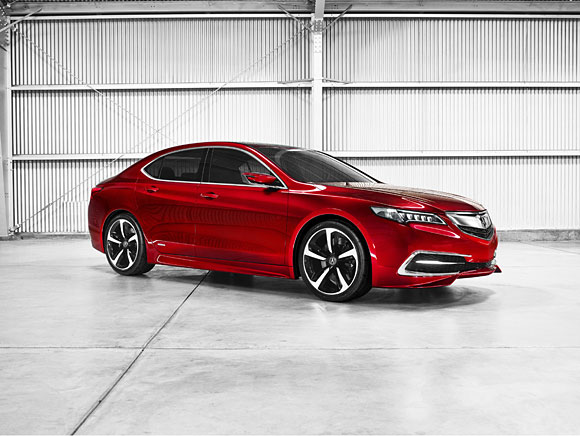 The vehicle is 3.8 inches shorter in overall length (190.2 inches) than the current TL, yet rides on the same 109.3 inch wheelbase, meaning interior space are similar. It has a seating capacity of five adults easily fitting in comfortably. Acura will integrate and serve buyers of its 2015 TLX an 3.5-liter V-6 that also employs fuel-saving direct-injection and cylinder-deactivation technologies. This engine will be amalgamated to a new nine-speed automatic transmission. 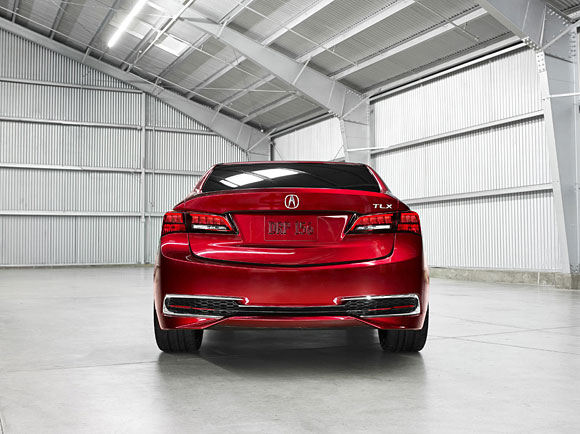 One cool feature for the 2015 TLX will be Acura’s an Integrated Dynamics System (IDS), which allows the driver to adjust things like the electronic power steering and all-wheel-drive system. Exceptional features with the modes will include ECON, Normal, Sport and Sport+. The engineering design of this athletic masterpiece was supervised by Acura’s Los Angeles design studio while most of the engineering took place at the automaker’s Ohio R&D center. Production will take place at the Marysville plant, also in Ohio, where Acura currently builds the TL. A car that is fuel-efficient and worthy buying, concealed in a red hot color.