General Motors had been thinking to enhance the steering response of the 2015 Cadillac ATS, which – as now revealed – has been done in partnership with a leading German supplier of automotive parts ZF Lenksysteme.

Under the collaborative drive, ZF Lenksysteme has helped Cadillac revise the ATS’s electronic power steering system through a new software program that has resulted in an improved steering response even at very high speeds without affecting drivability in packed parking lots.

The new steering system considers steering angle, wheel speeds and the car’s chassis mode to settle on the best steering assist throughout a wide range of driving situations.

“It means that you don’t have to sacrifice parking lot feel for spirited driving feel,” said Kevin Woodward, the global key accountant at ZF Lenksysteme. “The new software change illustrates our ability to balance the goal of spirited performance, nimble and quick-responding steering with the premium luxury feel expected by Cadillac owners.”

Woodward also claimed that Cadillac was already offering excellent level of stiffness and low working friction for its steering gear that resulted in an ideal linear response, while at the same time minimized fuel consumption as opposed to the traditional hydraulic systems.

General Motors has suddenly shifted its focus to steering responses to help its ATS line-up better compete against German rivals, whose car models are set to hit the markets late this summer. 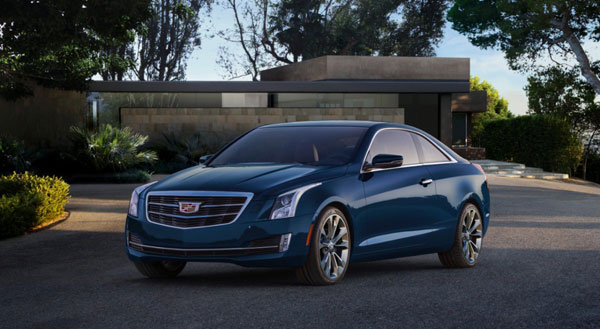