Knowsley Safari, the leading zoological attraction in UK, has acquired the award winning all-electric vehicle, Nissan LEAF, to depict their concern towards environment protection. The vehicle is sponsored by Nissan Liverpool, the authorized dealer of Nissan vehicles locally.

The new vehicle will be used by Learning and Discovery Team at the park that closely works with children at primary schools across the region. The vehicle will also be used to transport various small wildlife species. 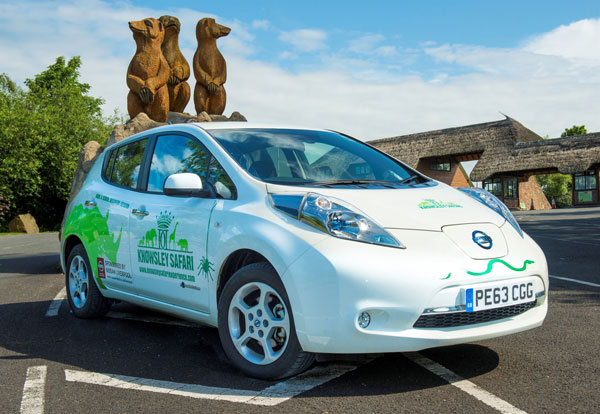 The Nissan LEAF is a five-door all-electric hatchback from the Japanese automaker and has received a number of awards and acclamations including 2010 Green Car Vision Award and 2011 World Car of the Year. It is built around a lithium ion battery coupled with synchronous motor that produces 110 horsepower and 280 Nm torque.

Another purpose of adding this vehicle is to control the fuel cost, as it derives the required amount of electricity from solar energy using its pre-built solar panels and has almost no running cost. Besides that, it can also be charged via domestic socket at an extremely low cost.

Producing no tailpipe pollution or greenhouse gas emissions, the Nissan LEAF will contribute towards the Safari’s green environment sustainability goals. United Kingdom is currently the fourth largest market of the world for Nissan LEAF.