The nicely crafted beauty and the performance has been finally released in the form of gorgeous 2015 Ferrari California T. The model will be released as the major breakthrough in the global automotive market with lots of vibrant attractions and swift moves. The company has announced to release the new 2015 Ferrari California T model in the 2014 Geneva Motor Show. Let’s have a quick glance over this superb model.

Being a Ferrari, the model has the special racing theme which resembles the conventional horseback design along with modern side doors. The pretty sporty look with awesome Red and Azure models nicely blends the aerodynamic exteriors over the swift integrations of the advanced technology features. The awesomeF12 Berlinetta styled headlights adds the glowing touch to its beauty. The new extended headlight design blends the aggressive look in the moody touch of the frame, making the overall exterior truly eye catching. 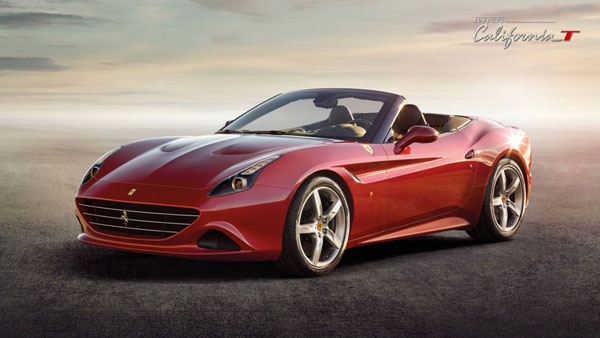 The Adler has well presented the lavish crafting of the modular interiors of 2015 Ferrari California T with an added touch of appealing leather, giving comfortable leisurely drive on the front – engine ethos. The striking front grille intakes the air to nicely circulate it around the turbocharger Engine, thus, making it aerodynamic in real mean. The new touch based infotainment system on the center back, aluminum accent on the leather trim and flawless renovation of the interiors in the Ferrari signature style is breathtaking. 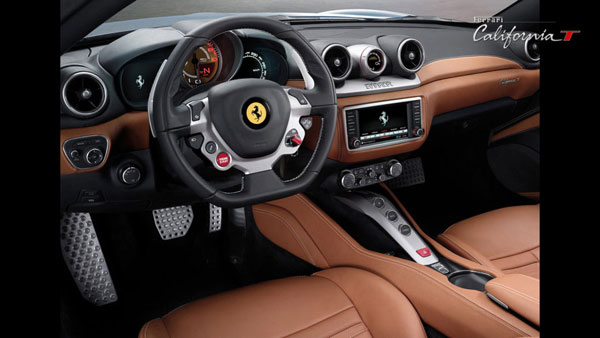 The new 2 Door 2015 Ferrari California T is powered by the sensational 3.9L Twin Turbo V8 Engine, thus, giving the stable drive even on the higher altitudes with low air pressure for perfect performance. The model is capable of producing thrilling 552 horsepower for an ultra adventurous drive. the astounding 557 lb-ft which is far more powerful than its previous version of Ferrari California. Such a powerful drive train gives the driver a golden opportunity to accelerate 0-62 MPH within 3.6 Seconds, which is about 0.2 seconds more than its previous version. Unlike the name of Ferrari Mondial T, the ‘T’ in the name of new 2015 Ferrari California T does not refer the ‘Terrible’ but the ‘Turbo’ giving the real meaning of its name. 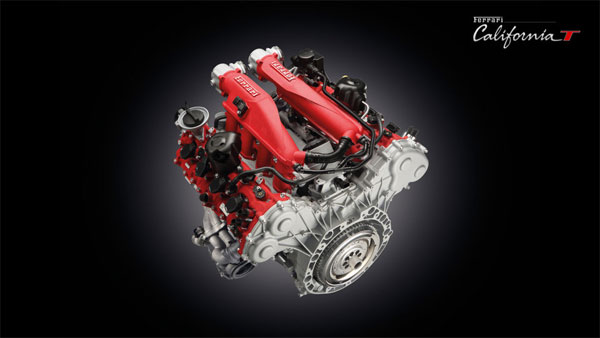 The latest-generation Magneride suspension by TRW, a tribute to sisterly GM Model, combines its power pack with 7 Speed Twin Clutch Automatic to rock the track with a real thrill to sporty drive. However, there is full support of the Electronic Stability System which smoothens the drive on the rough tracks. 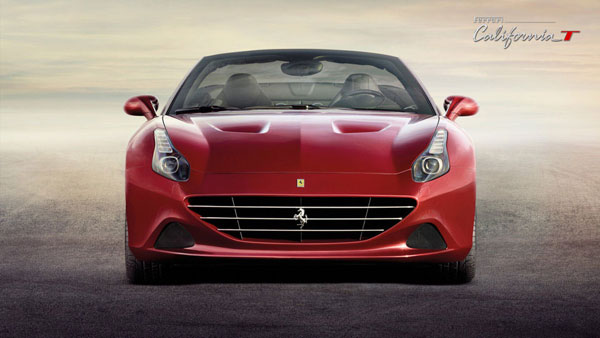 Obviously, the new 2015 Ferrari California T is an antique in itself. The price of the new Ferrari has not been affected from its competitors in the market which make it different from the rest of its rivals in the global automotive market. The model costs $205, 000. The model will be showcased in the 2014 Geneva Motor Show to the public. However, the snaps of such a wonderful cutting edge beautiful have been released. 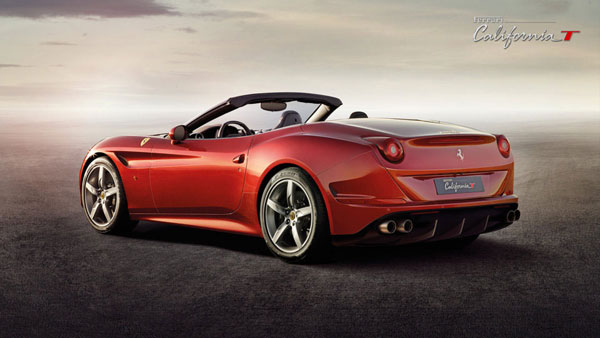 The global automotive market is full of various other outstanding versions of the sports car, trying to outwit the new 2015 Ferrari California T as usual. The first rival is powerful Aston Martin DBS Volante with overhead camshaft and 48 VALVE 5935cc V12 Engine. This 2 Door Soft Cover Convertible runs down 0-62 within 4.3 Seconds. On the other hand, the side hit is from the Audi R8 Spyder with 4163cc V8 Engine giving an ultra power of 430 HP. Apart from these two, the new 2015 Ferrari California T has major threat from Mercedes SL63 Lamborghini LP-560 Spider and even from its previous Ferrari California version. However, the final response depends upon the showcase of this modern speed marvel in 2014 Geneva Motor Show.