The famous Italian automaker has produced some of the most fascinating vehicles of all-time, and the latest Lamborghini Huracan LP 610-4 is no different. Having the potential to dazzle car lovers across the globe, Lamborghini announced this model’s specifications late last year and revealed it during the 2014 Geneva Motor Show, where the car got a lot of attention due to its superb exterior and ultra-modern interior features.

While you can choose from three different variants of the model – Strada, Sport and Corsa, let me take you through some of the most demanding features of the car:

This luxury car possesses a 5.2 liter V10 engine, which can produce 413 pound-feet of torque and an unbelievable 610 horsepower. Lamborghini has used its latest Iniezione Diretta Stratificata (IDS) system, which is a combination of direct- and port-injection systems, to add fuel. 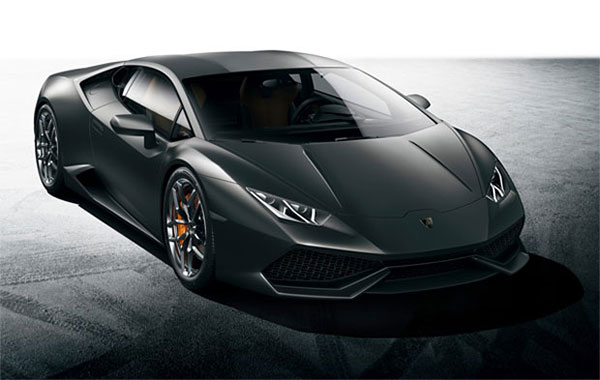 Due to exceptional engine and lightweight, the Huracan achieves an EU cycle fuel economy of 12.5 liters per 100 km, which is approximately 18.8 US mpg.

The 20-inch wheels complement well with the four-wheel drive system. The performance is further enhanced through a 7-speed, dual clutch Lamborghini Doppia Frizione (LDF) gearbox. The automaker has provided carbon-ceramic brakes in the 2015 Huracan with monobloc aluminum calipers. 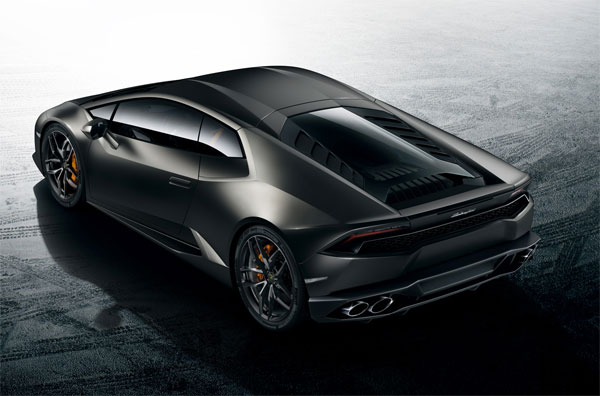 As per the claims of Lamborghini, the 2015 Huracan will offer better visibility and greater interior space than Gallardo. However, most of the enhancements have been done on the dashboard, taking connectivity and entertainment to new heights. There is a 12.3-inch TFT display, having a resolution of 1,440×540 pixels. The digital needle of the tachometer can swing at an incredible pace of 60 frames per second due to fast graphics processing. 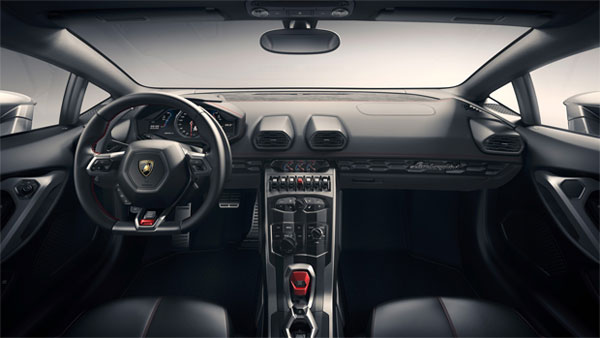 Majority of the interior functions can be viewed on the digital instrument cluster and can be customized from the steering wheel. The interior features navigation, climate control, info, phone, radio, media, volume knob and sound functions in the center console. 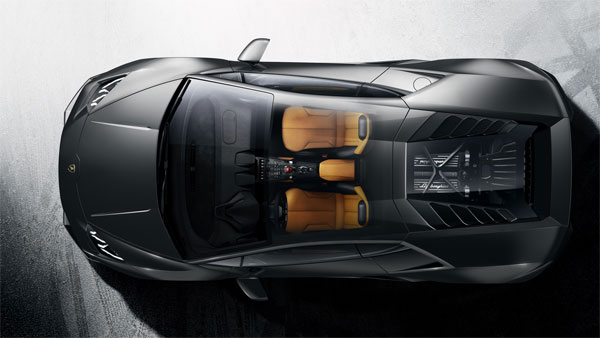 For music lovers, Lamborghini has provided a DVD/CD player, an audio interface for iPod/USB connectivity, digital radio tuner and Bluetooth. A standard six-speaker stereo will be used to play the audio. 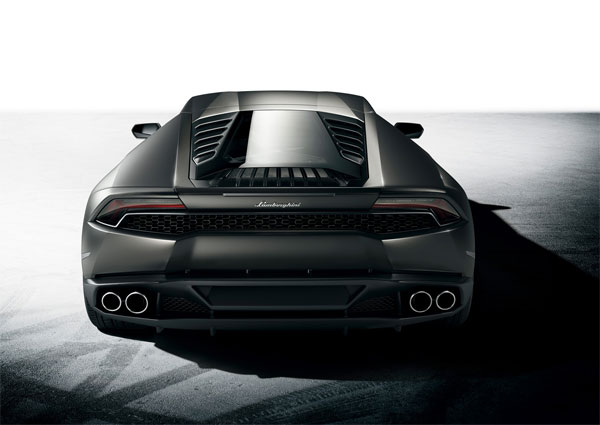 You can select from a range of interior color combinations in the fine Nappa leather and Alcantara.

The Huracan is a magical sports car by all aspects, perfect for a boy’s bedroom wall. Being a perfect combination of sporty and glamorous appearance, great interior and performance, the 2015 Huracan has already attracted the masses worldwide. The carmaker has already received 100+ new orders, since it got unveiled in the Geneva Motor Show. Lamborghini also promises to introduce some new features in future. I would rate this stunning car 9.5 out of 10.