The Volkswagen Transporter Type 2 – affectionately known as the “VW Campervan” by most people – is an iconic vehicle which is much-loved by people all over the world. First manufactured and sold back in 1950 and produced in various markets until as recently as 2013 (the Volkswagen Kombi in Brazil), it has become a familiar site on roads across the world.

How to Get a VW Campervan

The VW Campervan is also a vehicle that millions of people dream of owning someday. If you are in the fortunate position of being able to buy one, but you are undecided as to whether you should buy one or not, then why not let these following reasons convince you to do so!

One of the major things that appeal to people about the VW Campervan is that they are very quirky! The design of this vehicle hasn’t really changed much in over 63 years, so if you are expecting to buy a van that has modern conveniences such as electric windows, air conditioning and power steering, you should probably give up on the idea of buying one of these!

However, if you are looking for a campervan that has an aroma of nostalgia and is sure to be loved by enthusiasts and non-enthusiasts alike, then the VW Campervan is the one for you.

They are modern classics

Not many people can claim to own a vehicle that is old enough to be a classic yet new enough to be classed as a modern vehicle! The VW Campervan has existed in various different forms and iterations for several generations, and you would be hard pressed to find an example that won’t fit your requirements. 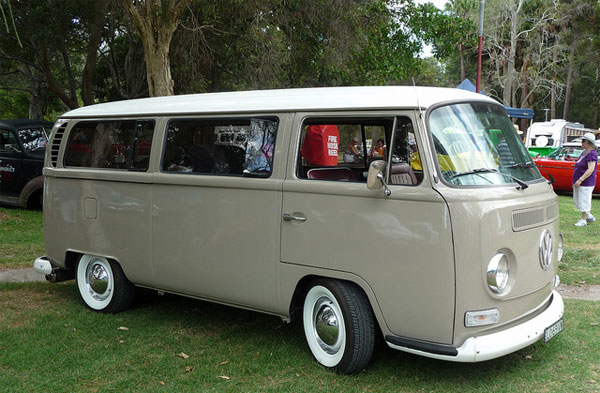 The newer Kombi models (like the ones produced in Brazil until just a few months ago) were water-cooled and featured modern 1.4-litre engines that were considerably more powerful and fuel-efficient than the air-cooled versions produced several decades ago.

They can be customised to your exact requirements

Another key selling point about the VW Campervan is the fact that they can be customised or modified to your individual needs. I’ve seen examples converted into snowmobiles, for example! Many people opt to have newly-purchased VW Campervans refurbished, so that modern equipment and seating is installed in order to provide a truly enhanced camping experience!

Some people even buy VW Campervans for the purposes of putting high-performance engines in them, such as ones out of Porsche cars!

They are great project vehicles

Quite often, people will buy a second car which they keep as a vehicle to restore or rebuild over a period of time. But for many folks, a VW Campervan is the perfect project for restoration purposes!

Unlike with many classic vehicles, there is no shortage of parts available for the VW Campervan (many of which you can even buy from Volkswagen themselves), and thanks to the huge cult following of this popular campervan, knowledge is widespread when it comes to repairing these vehicles!