The 2016 Ford Shelby GTH has been announced by Ford Motor Company, along with, Shelby American and Hertz, to celebrate the 50th anniversary of the original Shelby GT350-H “Rent-A-Racer” and it will be present today at the New York Auto Show. 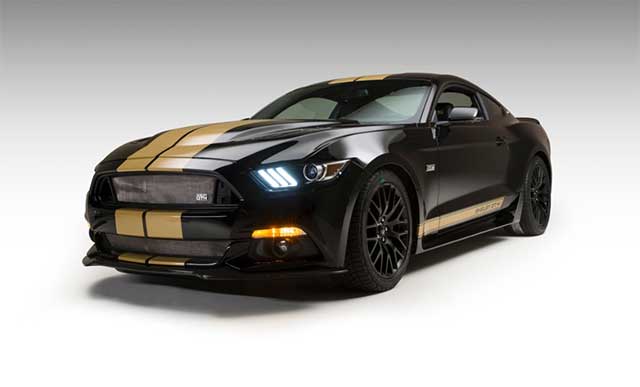 Based on the 2016 Ford Mustang GT, the Shelby GT-H will be built at the assembly facility in Las Vegas. Equipped with a Ford Racing handling package, the 2016 Shelby GT-H will include 19-inch Michelin Pilot Sport wheels, upgraded dampers, lowering springs and thicker antiroll bars. It will be powered by a 5.0-litre V-8 engine and only 140 units will be built solely for the Hertz’s Adrenaline Collection fleets.