Mazda fans will be delighted with the all new 2016 Mazda 6 which comes with several revamped features, including safety enhancements at a lower price. This safer and better value model is an excellent choice in midsize sedans. Safety enhancements to the 2016 Mazda 6 include blind-spot monitoring, rear cross-traffic alert, an auto-dimming rear-view mirror and low-speed laser-driven forward autonomous braking as standard features for all variants. The mid-spec touring and GT have additional autonomous braking systems. 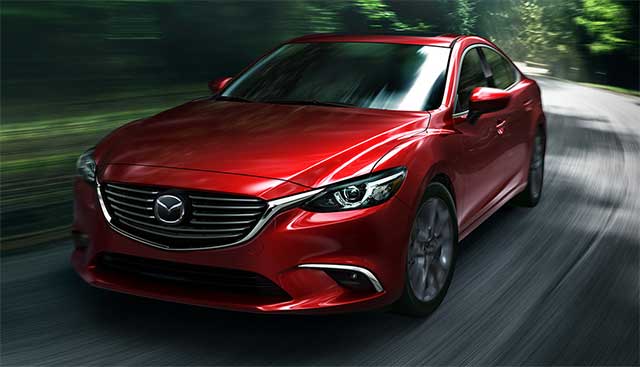 The 2.5 litre SKYACTIV-G gasoline engine with front wheel drive churns out 184 hp and 185 lb/ft of torque for a powerful drive coupled with a six speed manual transmission. With an EPA estimated highway MPG of 40, the improved fuel economy will go a long way towards giving the 2016 Mazda 6 an edge over its competitors.

The fuel efficiency is also enhanced with a unique regenerative engine braking system called i-ELOOP. The system works by capturing energy when the car decelerates and use it to power the electrical components (like AC or power steering).