Daimler AG, the German multinational automotive corporation, has just unveiled 2016 Smart ForTwo Cabrio. The convertible will have a retractable soft-top called “Tritop” with a rear screen built into it. The roof will be available in three different colors (red, black and blue) and is reportedly easy to deploy even when the car is on the move at top speed. It takes 12 seconds to fully deploy it and can even be triggered by the key fob. 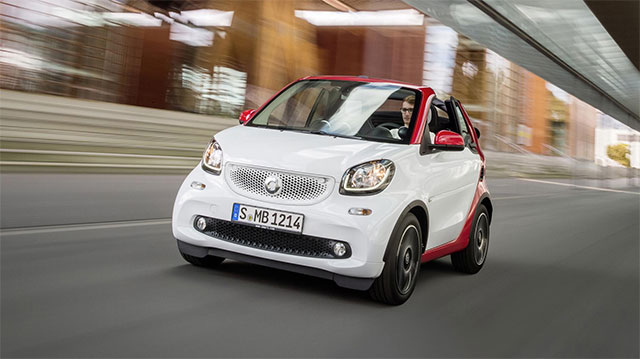 Structure wise, Smart has chosen to sacrifice fluidity for stability this time around. A steel frame has been incorporated underneath the vehicle with reinforced A-pillars. The front and rear bulkheads have also been augmented. 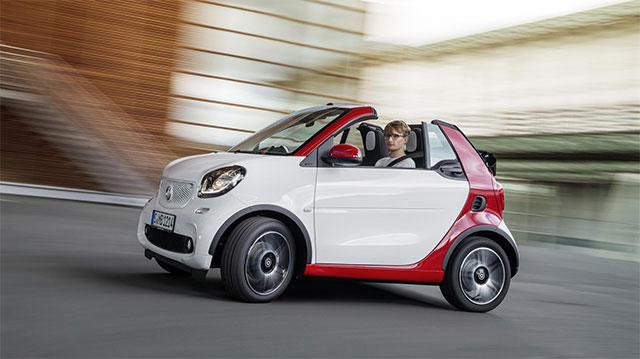 The all-new 2016 Smart Fortwo cabrio is available in 1.0L three cylinder naturally aspirated gasoline engine configuration in markets other than United States. The US public will have access to 0.9L turbo petrol unit with 89 horsepower, mated to either five speed manual or six speed dual clutch automatic transmission. 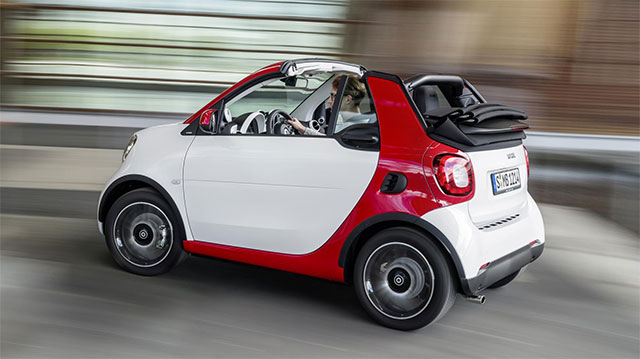 The interior of the vehicle boasts the signature Smart design. The four trim levels; Pure, Passion, Prime and Proxy are available with option of adding additional comfort and safety related assortments. 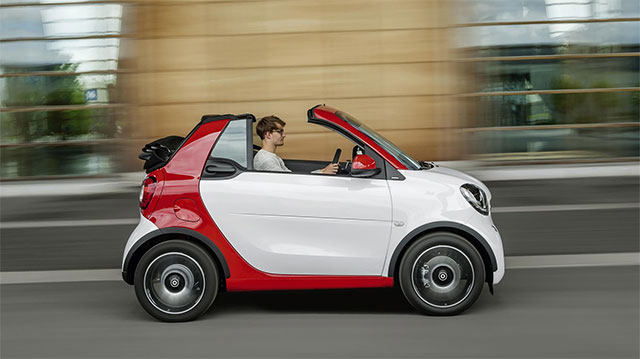 The affordable small car will debut at Frankfurt Motor Show next month. The car will be commercially available in United States by summer 2016.

Previous Post4 Reasons Why You Just Failed Your Driving Test Next PostShould Police Be Given Powers To Control Driverless Cars?