The Lexus LF-LC concept, which was first appeared during the Detroit Auto Show 2012, is now confirmed for production as we got latest spy shots of the 2018 Lexus LC. 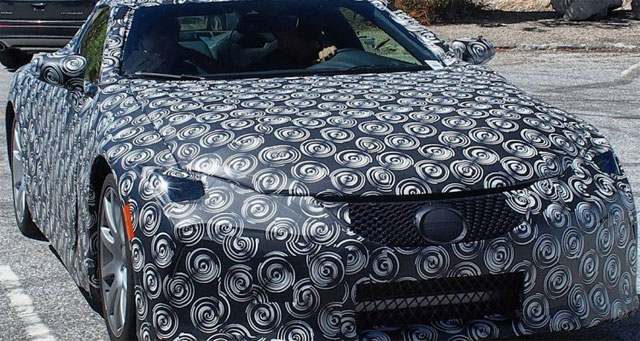 According to SteeringNews, the prototype captured in photos was spotted in California, and these images interpret some of its visible features, including the 2 door entry to the 4 seater arrangement, stylish grille that occupies minimal space in the center and a bulky build below the window line. The car is anticipated to be offered in two variants; one carrying an enhanced 5.0 liter V8 engine which will reportedly generate 467 hp accessible in RC F, while a hybrid LC version will feature a 3.5 liter V6, mated to an electric powertrain. 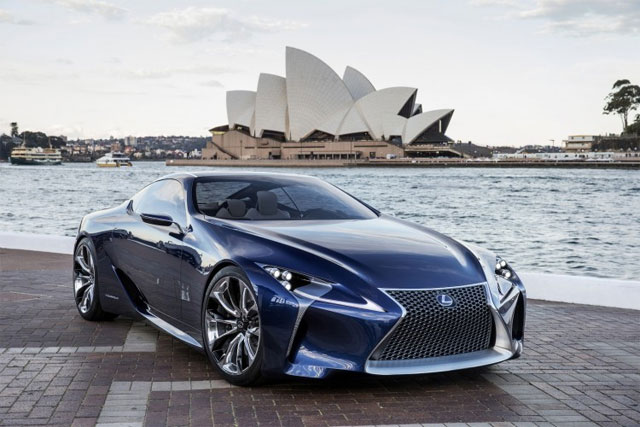 The all-new Lexus LC is expected to hit the car markets in 2017, but following the old tradition of naming the models one year ahead, it will most likely be called 2018 Lexus LC. The prices will range between $100,000 and $130,000, and it will face-off the likes of Mercedes-Benz S-Class Coupe and Maserati GranTurismo.