Smartphones and app software have completely entered into our everyday lives, providing us with a way to stay connected online whilst on the move. Recent studies have shown that we now spend more time online through smartphone apps than we do on desktop computers. With this desire to have the technology available and ready wherever and whenever it’s no surprise that the car industry is developing its own dedicated software. 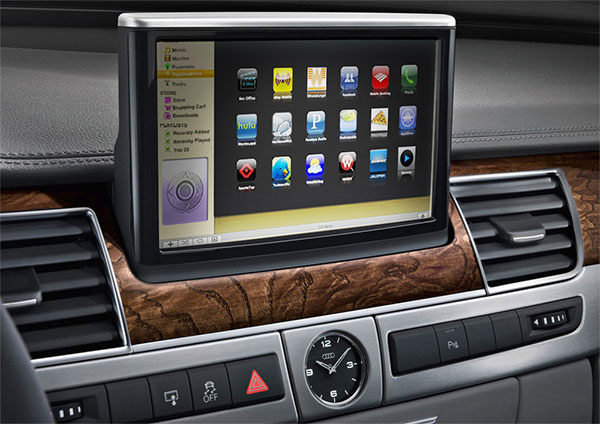 There’s already a lot of apps available for tech-savvy road warriors. From the community-controlled GPS app Waze to apps that alert you of speed cameras, collect information during car crashes, or just internet radio streaming, apps are changing our road life for the better. What’s yet to happen, however, is a fully-fledged app ready car.

With the amount of on-board computers and gadgetry that many new cars already possess, car companies such as Ford and BMW are in a drag race to see who can solve fully-integrated car apps. The safety implications, functionality, and affordability have all come under focussed scrutiny, and in the next few years, we should see some major developments to how apps work with our cars.

There’s been a lot of talk over the past few years about how to achieve online connectivity for automobiles, and how apps will be utilized. We’ve scoured through some of the latest events, seminars, and talks of what the future of in-car app technology holds, and here are the results. 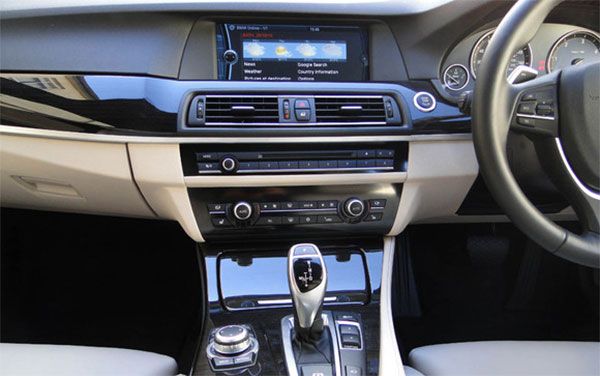 BMW is currently the industry leaders in-app technology within cars, with their iDrive. This large ‘infotainment’ system provides navigation, current affairs, multimedia access and even information on the vehicle, all whilst on the go. Most interesting for the moment though is that through ConnectedDrive, there is a subsystem that allows online access.

Whilst streaming songs and data from the phone is possible here, it’s clear to see that the bulk of interactivity and connectivity will develop through the car itself. Last year BMW revealed a 4G LTE port add on that would offer in-car 4G connectivity, rather than through a smartphone.

The next step looks to making this an integrated system within the car, as the following article suggests. With the speed of 4G ten times faster than 3G, companies are predicting that next year there will be 1.2 million cars with this connectivity. The rate will increase massively by 2017 with 16 million utilizing this high-speed wireless internet.

It’s not just BMW that are introducing this new technology. With 12-inch ‘infotainment’ screens in the Lexus GS and Ford SYNC devices also showing a promising future for in-car apps.

Currently, Ford SYNC app link requires a smartphone connection but offers a wide range of third-party apps from both Android and iOS. Ranging from Spotify apps to email, the devices can be connected via Bluetooth or a USB. This offers a more affordable option in app use rather than an integrated system. 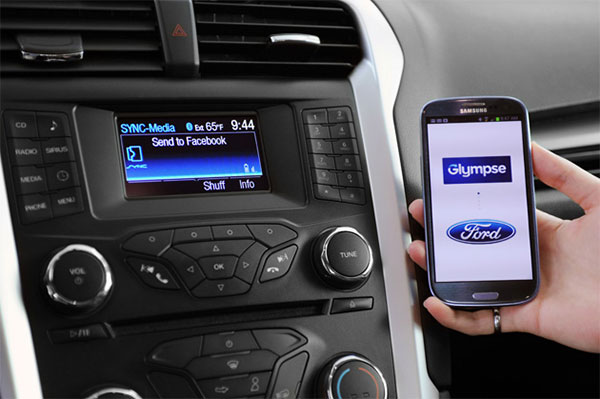 With SYNC’s voice recognition, it also takes out the need for a driver to fiddle with the touch screens and displays that could take away from driving focus. Recent developments with Ford leaving Microsoft, however, look to show further development in the future of car apps. Unlike BMW, Ford intends to focus on utilizing the full potential of smartphones as a car device.

It makes sense. Nearly everyone with mobile now has a smartphone, and alongside this, they have access to a wide variety of apps on their system. Being able to allow access to these, rather than having a number of independent devices, means that the transition from digital use on foot to in the car should be seamless.

Helping to keep costs down, increase variety and information access, expect smartphones to play an even bigger role in the future of car apps. With these interactive systems in mind, the next step is to consider the safety of such devices

A much-discussed aspect of in-car apps recently has been safety, and who will actually be using the technology. For BMW, the focus will continue to remain on the driver. Voice recognition, even simpler controls, and quicker access to essential information, it’s clear to see that Youtube and other entertainment apps may not play as large a role.

When it comes to Ford’s Mantra, they see car apps for both passengers and the driver. This means that searching for nearby restaurants, finding film times and other less driver-centric activities will be more available with these systems. This is set to be a major decision in the car app market, so keep an eye out for which wins out.

For further safety, the next step is perfecting voice recognition and hands-free. As with Apple software Siri, the future of cars lies in having a reliable system that can pick up exactly what you’re saying. With a dream to make texting and email sending a regular and safe part of driving, the quickest and most efficient ways to communicate to machines are paramount.

Alongside keeping eyes on the road, new apps will provide a wide array of safety features. Whilst most new cars already boast Parking Assist Systems, with the ability for online cars to send information to one another, you could find out about a car in front emergency braking much sooner.

The ability for cars to develop their own network like the aforementioned Waze is revolutionary, helping to reduce congestion and accidents. The future of car safety is very promising.

Apps in your car

Whilst it may seem that many developments now for cars are high tech, it’s nothing compared to what the future has in store. By 2017 there will be an explosion in third party companies designing car-specific apps and manufacturers developing hardware to provide internet access to a huge number of cars on the road.

Here are just a few of the apps and developments set to be released over the next few years, but who knows what else the future will bring.

This article was written by Jeniffer Smith on behalf of LeaseCar, The UK’s largest online lease directory and information site.