The new LMP is expected to score heist in the test run by the Authority.  Manufactured by world famous Car Manufacturer Company, Audi AG, the prototype is not new to the world.

Audi AG has manufactured this new prototype based upon the advanced technology and latest regulations for the Le Mans Prototypes (LMP) of the sports car. The company is going swiftly fast on the historic record as its latest sports car Audi R18 E-Tron Quattro has recently made a remarkable achievement with its ultimate racing performance over the track of the World Championship.

The latest regulations for LMP models unlock all the restrictions regarding its engine capacity. However, the authorities have recommended the capacity based on the fuel type of engine, like 6000cc for petrol engine while 5500cc for diesel engines. With maximum permitted displacement of 3700cc, the engines are expected to show breathtaking performance on the track. However, the prototype is about to be subjected to test rating for security and performance. 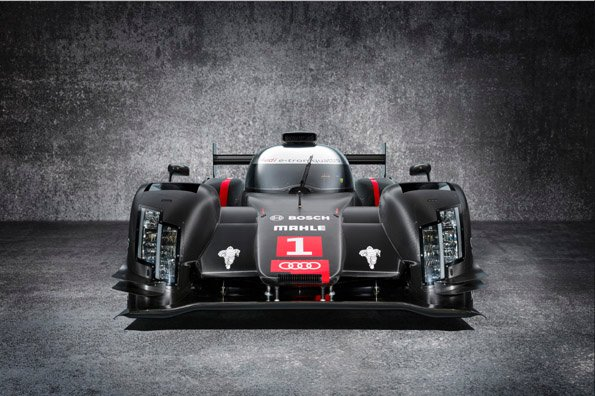 This crucial stage is proving to be highly vital at the developmental stage for the engineers and technical designers. The LMP has shown its stunning moves in FIA World Endurance Championship (WEC) and Le Mans 24 Hours along with European Le Mans series. But, appealing performance on the race track is just the half part done. The security test scores will describe much more as expected.

About 16 gallons of Hybrid engines for ultimate speed are to be tested soon on crucial level. Officially, there is no clear information about the configurations of the prototype. But, the extent of excellence and technical potential of the LMP1 can be well estimated from its flash appearances in major events and regulations of Authorities.

In addition to the Turbocharged and supercharged engines, LMP1 has been loaded with electrical acceleration for front wheel which activates only above 120km\h. This is just to prevent Traction advantages over the design. People will have to wait till December for further announcements.