15% of Americans say they don’t drive at all, which means we have a heavy reliance on personal cars. When you factor in the fact that Americans move a lot, then it’s apparent that auto transport services are always in demand.

But like many other services, there are seasonal fluctuations with auto transport services. This means that if you’re moving, you need to choose the time wisely. Otherwise, not only will you pay extra, but you’ll also be hard-pressed to find someone who can accommodate your schedule.

So which seasons are in demand and which are freer? here to explain seasonal car shipping in detail. 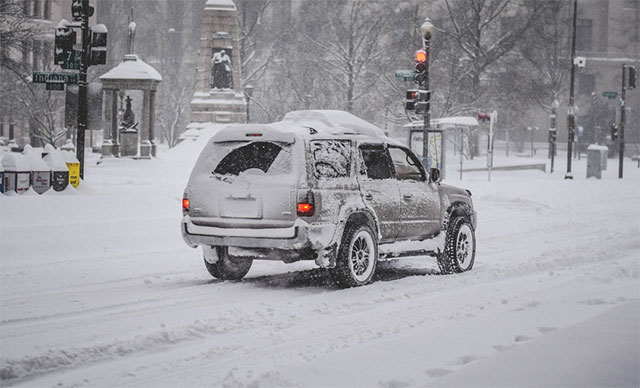 Winter is considered off-season, but it’s one of the worst times to ship your car. Not only are there fewer daylight hours, but weather conditions are typically trickier. These factors combined together mean vehicle shipping is much slower to complete.

Truckers will take time off in late December for the holidays. While they’re spending quality time with their families, orders for car shipping can pile up.

If you really need to have your car in this month, ship early. It’ll still cost more, but at least there will be drivers around.

For winter auto transport, January’s the worst month. Drivers have to deal with the huge backlog accumulated during the holidays, so if you need services in early January, you’re probably out of luck.

In addition, snowbirds will want to go places warmer, so they’ll need shipping services during this time too.

For a business to return to normal, expect it to take 2 to 3 weeks. So for better availability and prices, book later in January.

This is one of the best months to ship your car in the winter! It’s the slowest month since the December backlog is cleared and the snowbirds have settled in. Plus, college students are at school and employees don’t relocate until the summer.

Get the best prices this month, as well as pickup and dropoff dates/times.

Spring tends to be busier, but if you stick to the earlier part of the season, it’ll be better. Here’s the breakdown by month for shipping a car in the spring.

The weather’s better and there are more online car purchases, so you’ll see an increase in the need for auto shipping.

Try to book early in the month to avoid a hike in prices. If you go any later in the year, you won’t see low prices again until later in the fall.

Spring is actually here, so snowbirds are migrating back home where it’s warm again. If you’re going in the same direction as they are, then drivers will be hard to find and prices will be higher. However, if you’re going the opposite way, you’ll benefit from lower prices!

Prices for shipping are still relatively low this month, but demand will rise even more. As a result, you’ll find it harder to book a trucker.

You can always pay extra for expedited shipping. But if you can until summer’s over, it’ll be cheaper later in the year and you won’t have to wait long for a trucker.

The majority of schoolchildren will have just started summer break, so you can bet their parents are eager to get moving. In addition, college students will have their cars shipped home during this time too.

July isn’t as busy as the other summer months. The exception is if you want services on or around July 4th, as truckers will take some days off to spend quality time at home.

Like in January, it might take the drivers a few weeks to clear the backlog once they’re back at work.

August will pick up again since some college students will move into their dorms before the semester begins. They’ll need their vehicles shipped if they’re making a long-distance move.

Also, families who need to move might take a vacation in the first part of summer vacation first. So there can be an influx of relocating families this month.

The best season to ship your car is fall. The weather is still warm and good in most places, and the demand for auto transport dies down in this season.

This month is an exception since it can be busy. More college students will want to ship their vehicles to school, but it won’t be as busy as it was in August.

Usually, October is a pretty quiet month. There are practically no relocating families, college students moving in/out of their dorms, snowbirds migrating, etc.

This means you’ll have your pick for appointment times. And the prices are fantastic too!

A week after Thanksgiving, you’ll see business pick back up again. But for the most part, November is unbusy, affordable, and accommodating like October is.

When you need car shipping services, just reach out and it’ll be a simple process. And as a result, you can handle your move with ease!