Once you have a child on the way, you’ll begin to notice that every business out there wants to sell you products to make your life with children easier. Car companies are one of those, and SUVs and vans now come chock full of features that appeal to those with kids.

In 2015, Americans parked 17.5 million new vehicles in their driveways. If you’re in the market for a new one this year, take a look at six of the best and most helpful family-oriented car features to look for before you buy your next family car. 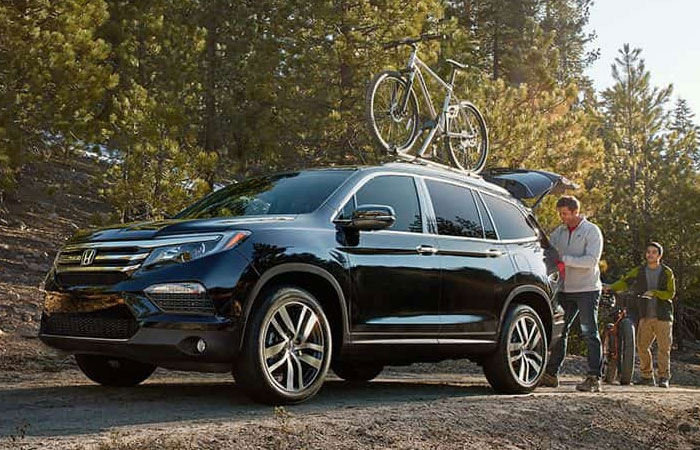 The rear-seat entertainment systems of today play more than just DVDs or Blu-rays. Many also offer HDMI posts and other inputs that allow for plugging in various devices such tablets or smartphones. If possible, opt to buy a vehicle with these options built-in at the factory. The do-it-yourself options clutter the interior of the vehicle with Velcro and hanging cables.

No one wants a room temperature juice box or water after a long, hot day at the ballpark. Some vans and SUVs have the option for a refrigerated compartment in the console that will keep those drinks and cheese sticks cold. This may seem like the ultimate luxury, and it is. It’s perfect to get into your car after tournament and have an ice cold drink waiting for you instead of sipping warm Vitamin water or spending a fortune at the nearby gas station to hydrate.

Becoming a parent changes your car; the little red convertible is a thing of the past. For now, you need to know more about the lower anchors and tethers for children, or LATCH. This is a system for securing child seats. All passenger cars other than those who seat only two people are required to have lower anchors and tether anchors in two seating positions, but not all three-row cars have both of those in the third row. Look for a vehicle that has both sets of anchors in the third row to make the process of installing a child seat much easier.

If you’re spending time online searching how to “sell my truck”, you are probably serious about buying a new SUV that’s best for the family. As you research to decide which car is best for you, keep in mind that not all tumbling second-row seats are the same. The clunky folding seats in some cars aren’t intuitive to operate, but it’s still necessary to access the third row of seats in SUVS. Look for a car that offers seats that fold and slide forward with the touch of a button, like the Honda Pilot’s system.

A minivan is nearly an extension of the home and cleaning it often is necessary with all the trips to and from soccer and baseball games. The Honda Odyssey and Chrysler Pacifica now come with built in vacuums making keeping the car tidy that much easier. No need to lug out an extension cord to plug in a vacuum or opt for a battery powered version. Instead, clean up the grass clippings and spilled cracker crumbs with the built-in vacuum cleaner.

Heat stroke deaths kill children who are left and trapped in hot cars every year. To help prevent those inadvertent deaths, General Motors introduced a system that reminds the driver to check the seats in the car before exiting. If the rear doors are opened within 10 minutes of starting the car, or if either of the rear doors is opened and closed while the vehicle is running, the display shows a warning and chimes a reminder to check the back seats as soon as the car is turned off.

Before you purchase a new car, check out online reviews, safety ratings, seating volume and the availability of the features that are most important to you. Family friendly features can make every life, from driving a baby around to chauffeuring kids to soccer practice a lot more pleasant.