BMW gears up to steal the market from Tesla by introducing its new concept SUV. The new player in the arena is titled BMW’s Vision iNEXT, and it is destined to challenge the Tesla’s Model X, declared the safest and the quickest electric SUV so far. The concept SUV is designed to outperform the contenders with its stunning looks, advance controls and novel display systems. 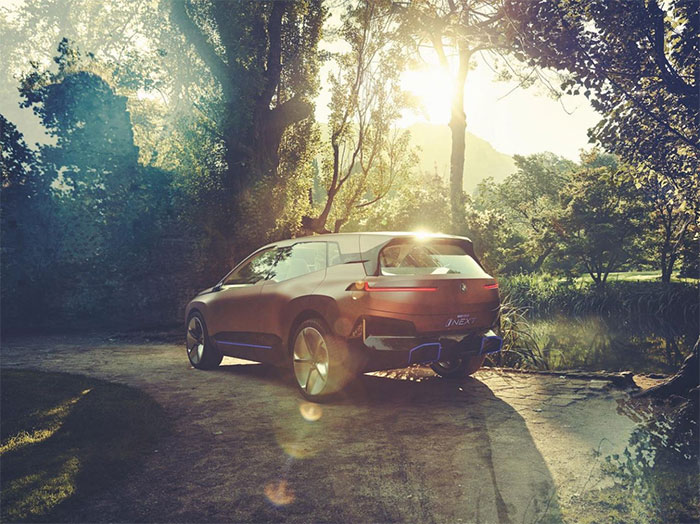 With the uprising energy demands of the modern age, the need and the development of advance and energy efficient systems has increased exponentially. The results of this shift are loud and clear on the automobile industry, drawing more and more auto-makers towards sophisticated and highly capable electric vehicles. The latest case is BMW’s Vision iNEXT, which manifests the auto-maker’s direction towards the future of automobiles. Recently, only a concept model is showcased by BMW, while it is supposed to enter the production phase in 2021.

Talking about the specs of the model, Vision iNEXT is a standard size SUV with impressive exterior and interior design. A smart and aerodynamic design sets its own class. The concept SUV incorporates autonomous drive technology, which will reduce the driver’s work load together with enhanced safety. Passengers are also provided with a voice control luxury. A projector is installed in the automobile, which will present an image or a video of the vehicle’s interior, providing the information about the belongings of the passengers, together with other useful information. Another appealing feature added in the electrical vehicle is its interacting furniture. The commuters can draw sketches over their electric display seats, hence changing the vehicle’s settings. EPA range achieved by the concept SUV is 280 to 300 miles. One worth discussing fact about this new venture is that BMW has got a group of battery makers into the loop but the design of the battery will still come from BMW.

To conclude, the competition between these auto-making giants will bring more sophisticated and capable products in the market. The display of the concept vehicle from BMW will enable them to hear from the market and further improve their R & D.