In the International Leipzig 2012 BMW showed a list of its all classes that are most remarkable in auto markets, there is no doubt that BMW is a name of luxurious vehicles and in the World premiere its new BMW 3 series  Touring is very innovative in its interior and exterior features. The vehicles in this series are powerful as the 4-cylinder versions BMW 328i Touring with 245hp, BMW 320d Touring with 184hp, BMW 330d Touring with 258hp, 6-cylinder diesel engine is combined as standard with an 8-speed automatic transmission.

The new BMW 1 series 3-door is also belongs to the World premiere and in this series the cars are presented with rear-wheel drive, powerful engines and very individual technology. The BMW M is presented with petrol engine, it has 6-cylinder engine which produces 320 hp, the entry-level model BMW 114i which has 4-cylinder petrol engine that produces 102 hp with twinPower Turbo Technology. In addition to the automatic engine start/stop function, available in conjunction with both the 6-speed manual and automatic transmission and the optional 8-speed transmission, it has Standard Driving Experience Control and all the latest features. The European premiere new BMW M6 Convertible with outstanding performance, racing expertise, luxury design and exclusive appeal, it has V8 engine with M TwinPower Turbo Technology and 560hp, the-speed M twin-clutch gearbox with Drivelogic. It has fully automatic textile soft top with fin look and open-top driving. 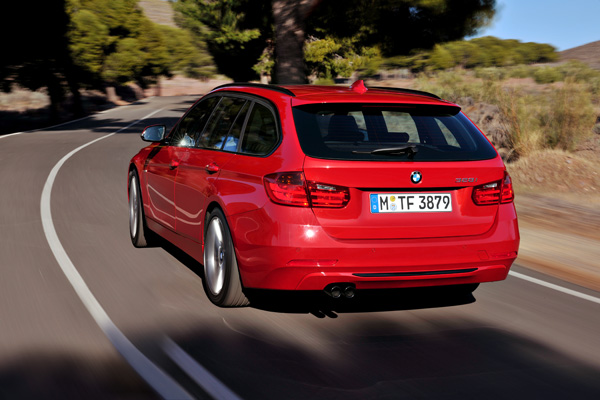 The next series is European premiere new BMW X1 that has expanded range of engines, refined interior and superb exterior features. These series vehicles have greater engine power to the other series, the BMW X1 presented  with sDrive 16d, the range of engines is expanded to three petrol engines and eight diesel engines. The 8-speed automatic transmission is presented with automatic start/stop function. The power transmission by rear –wheel drive is typical of BMW. It has intelligent all-wheel system BMW xDrive, it has exclusive interior and exterior features.