In the market for a modern classic but want something that stands apart from the rest? Mazda recently celebrated its centenary and is a car manufacturer that has never been afraid to innovate. Even now, in the 21st century, when classic enthusiasts will argue that all cars look much of a muchness, Mazda’s penchant for left-field features such as the rotary engine ensures you’re not going to mistake them for anything else. 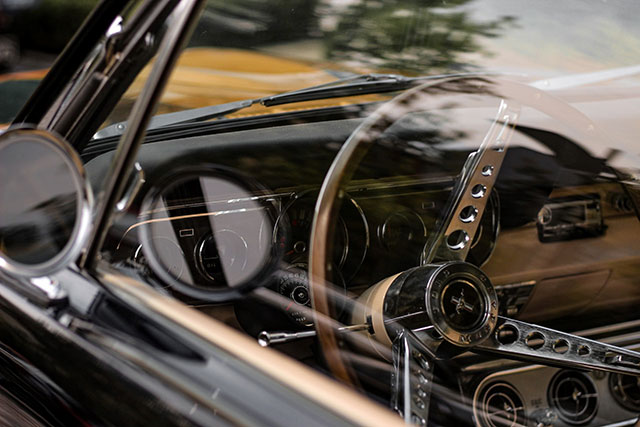 Here, we take a look at four classic Mazdas from across the years. Which one deserves pride of place in your garage?

Let’s start with a modern classic. The RX-8 was made between 2004 and 2012, so there are still plenty out there, which means you can afford to be choosy. With the newest only 10 years old, it might not fit everyone’s definition of a classic, but in 10 years’ time, as perhaps the last of the rotary engined Mazdas, it will be another story.

The high-revving twin-rotor engine makes it a real driver’s car, and don’t believe everything you hear about its temperamental nature. In truth, RX8 reliability isn’t so bad as long as you don’t take liberties with the routine maintenance. Here’s one classic where service history is still important.

With styling that harked back to 1960s classics like the Lotus Elan, the first generation MX-5 was an instant classic the moment the first one rolled off the production line in 1989. Suddenly, everyone was making 2-seater roadsters again, but the MX-5 was the original and best.

Even the newest first-generation cars are 25 years old now, so survivors tend to have been loved and cosseted. Spare parts availability is good, so focus on fundamentals like chassis condition and panel fit. If the hood hasn’t been replaced, be ready to do so – it’s a simple and inexpensive task.

Arguably the car that truly put Mazda on the map, the Cosmo Sport debuted the manufacturer’s now famous rotary engine. It’s truly a piece of automotive history, and if you can get your hands on one, it will only go up in value.

The Cosmo name continued to appear across the Mazda range through the 1970s, 80s, and 90s. For many, the crowning glory was the Eunos Cosmo. Launched in early 1990, its innovative triple rotor felt as smooth as a V12. It also featured all the exotic technology of the era such as touch-screen controls and a GPS system.

Sadly, the Japanese economy crashed after only a few thousand had been built and production was terminated when it had only just begun. It left 1990s car buyers thinking about what might have been, but today, it provides a tantalizing opportunity for classic enthusiasts looking for something truly different that is as capable and comfortable as a modern car.