The Dodge Division of Chrysler Corporation has officially unleashed the latest versions of Challenger SRT. The two announced versions also include a high performance Hellcat, which is the company’s first attempt to the supercharged engines. This will be the first production batch from the company after SRT merged back into Dodge. 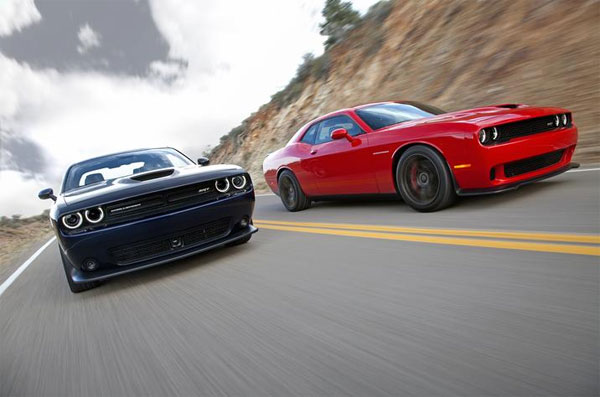 The standard 2015 Challenger SRT derives a 6.4 liter HEMI V8 engine with a slight increase in the horsepower (485 HP) and torque (475 HP). On the other hand, the high performance Hellcat has got something special. Its 6.2 liter HEMI engine produces 600+ horsepower. In both the versions, people can choose from the six-speed manual gearbox and eight-speed automatic transmission with paddle shifters. 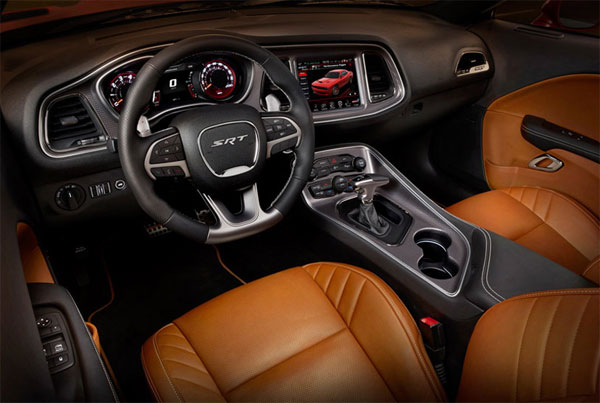 The exterior of the new Challenger SRT is much like its predecessor, while the interior has received major advancements. In between the pair of analog gauges, is a 7 inch digital screen. The upcoming vehicle is technologically advanced with the standard 8.4 inch touchscreen and Uconnect™ infotainment system. Interior features also include heated and ventilated leather seats and stitched leather lines on instrument panel.

This would be a nice gift from the American automaker on its 100th anniversary. The production of the new Dodge Challenger SRT will start this summer and will be available by the end of this year.