Don Forman: Giving a Ray of Hope to Struggling Parents of Sick Children

Without a doubt, parents, particularly mothers, will give all that they can to help their children especially when they are sick and suffering. Unfortunately, there are times when parents reach a point wherein they have nothing but faith to help them get through difficult times.

American businessman and philanthropist Don Forman knows how heartbreaking it is for parents to know that they do not have enough to help their sick children even though they have done everything they can. This is the reason why Forman, in partnership with the Fox5 Surprise Squad, is always on the lookout for parents and families who needed help.

Forman, who owns United Nissan in Las Vegas and Tustin Nissan in Los Angeles, California, is not new to the business of reaching out and helping others. He is widely recognized for his charitable works especially when he and his crew voluntarily transported victims and blood donors to hospitals during the tragic Las Vegas shooting in 2017. 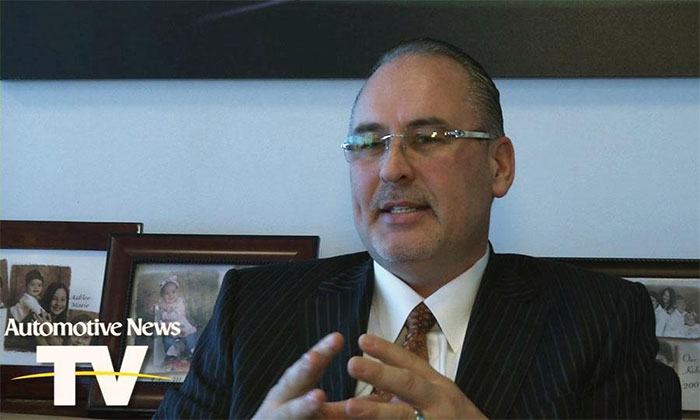 Apart from his many philanthropic works, his partnership with the show Fox5 Surprise Squad helped Forman reach out to parents who are busy caring for their sick children while trying to make ends meet. Whenever a story of this nature reaches Forman, he and the Fox5 Surprise team are ready to extend a helping hand.

Take the case of a young family whose youngest child, Ezekiel, was born with a rare condition wherein his heart and some organs were outside of his body. The family had to overcome emotional and financial struggles due to Ezekiel’s multiple surgeries. The dad also lost his tools for work after a thief broke into his car which added to their problems.

The Fox5 Surprised team met with the family and brought tons of help from various sponsors. But the most special surprise that brought tears to the eyes of the family was from Forman who gifted the couple with $5,000 family fund.

“It is surprising to know that there are people out there that actually care for us,” said Ezekiel’s mom after receiving the cash gift from Forman’s United Nissan.

Forman also presented a local family – a single mom and two boys, one of whom has a brain tumor, with 12-month free rent in a beautiful home and a free car. The family has no place to go and Forman believed that his surprise would help the mother get settled, find a job, and support her family.

Every one of us who watches Fox5 Surprise Squad can learn from Forman who does not only believe in “going the extra mile” for someone in need but actually doing it. Forman does not wait to help, he personally reaches out to parents, families, and individuals who are having hard times.

Jeremy Biberdorf is the founder of Modest Money. After working many years in the website marketing industry, he decided to take on blogging full time and also get his finances headed in the right direction.