The sale of next generation Ford Mustang GT has just started, and it is already in the chop shops. The leading custom tuning company, Bama Performance has unveiled the video of a tuned up 2015 Ford Mustang GT hitting a quarter mile in just 9.91 seconds at 218km/h. It is a record time, making this vehicle the fastest 2015 Ford Mustang in the world. 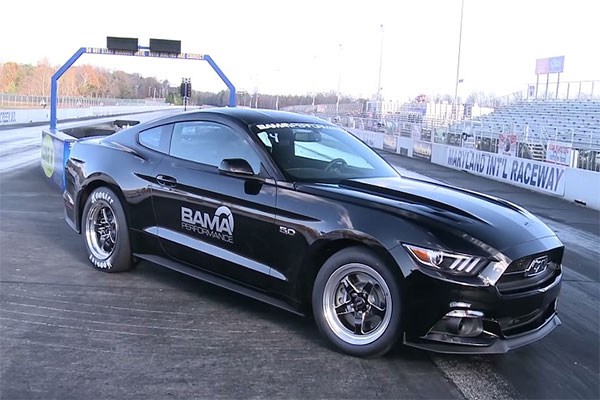 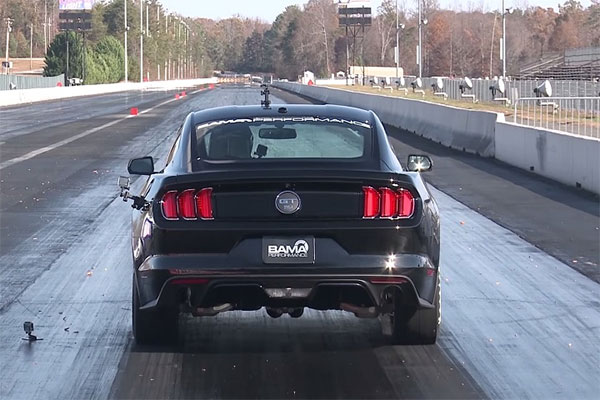 Other than these additional components, the tuners also upgraded the suspension and chassis. The Bama’s 2015 Mustang GT was supplemented with custom fabricated suspension parts, front runners and slicks and skinnies.

Another trick to achieve the record time was that it weighed not more than 1565 kilograms including the mass of driver and half-tank fuel, thanks to Ford racing lightweight front bumper assistance.

As compared to the record 9.91 seconds, a standard 2015 Ford Mustang reaches a quarter mile in 12.8 seconds. The difference is still very short, and is expected to be overwritten very soon.