According to Aviva car insurance, road accidents caused deliberately in order to claim for whiplash has hit an all-time high.

The insurance group has seen a 21% jump in crash-for-cash incidents this year, compared to 2013. Organised gangs are thought to be at the heart of the increase. 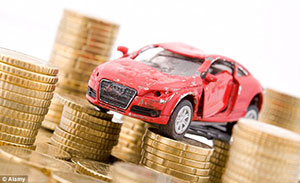 The concept of crashing cars for cash is nothing new. Birmingham and the Greater London area are widely-known areas for crash-for-cash cases, with Luton, Manchester, Leeds, Bedford and Slough also notorious.

Uxbridge and Harrow were the worst hit areas in London. Manchester had been a problem area in 2013, but has since seen a significant clamp-down on operations this year.

It is reported that fraudulent claims add around £14 to car insurance premiums, with £4.7m  recorded in Birmingham in August alone.

To combat the crime, it has been suggested that the Government consider compensating short-term whiplash not with cash, but rehabilitation.

It is the monetary aspect that drives the many thousands of fraudulent claims each year.

Whilst this may never come into effect, there are other ways you can at least limit the risk from cash-for-cash claims.

How can I stay one step ahead of a ‘crash for cash’ scam?

Fortunately, there are methods you can use to keep you one step ahead of the fraudsters. The biggest being yourself.

Driving calmly and confidently is key. Remember what your driving instructor taught you. Never drive your car when tired, keep the appropriate distance between you and the car in front relative to the road and weather conditions, otherwise move with the flow of traffic.

Believe it or not, fraudsters sense will target those drivers that look new to the road and unfamiliar with the rules of it. 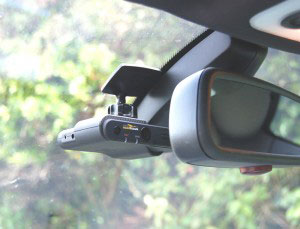 New and young drivers are most likely to fall victim to induced (or intentional) accidents. The most common type is when a vehicle in front slams on their brakes unexpectedly, or knowingly pulls out at a junction giving you little time to react as you approach.

These types of accidents are almost entirely unavoidable when you’re not expecting them, even when obeying the rules of road.

Fortunately, technology like the dash-fitted camera exists. Recording all your journeys, the camera provides undeniable evidence in the event of an attempted crash for cash car scam.

What to do if you suspect you’ve been hit by a scam?

If you suspect you’ve been in a stage bump, there are a few things you can do to soften the situation.

Most importantly, never claim liability if it reeks of a scam. Secondly, despite the circumstances, stay as calm as possible and make sure you and any other passengers involved are okay.

Next, take down as much detail as you can. The key bits of info are:

Finally, if you’ve a smart phone, make sure you take a few snaps of the damage to back-up your dash cam recording. Being date and time-stamped, they will constitute even greater evidence in a court of law.

So despite there being a spike in ‘crash for cash’ scams in the major cities of the UK, with confidence, technology and the notes above, you can rest assured you’ll beat the fraudsters.