Audi has recently announced its new Prologue Concept at the LA Auto Show. Aptly named Prologue, this Concept is the first to reveal Audi’s new design language following the recruitment of a new design chief: Marc Lichte. The new design head claims this concept is “a foretaste of the future of Audi”, and the “sportiest car in the luxury segment”. 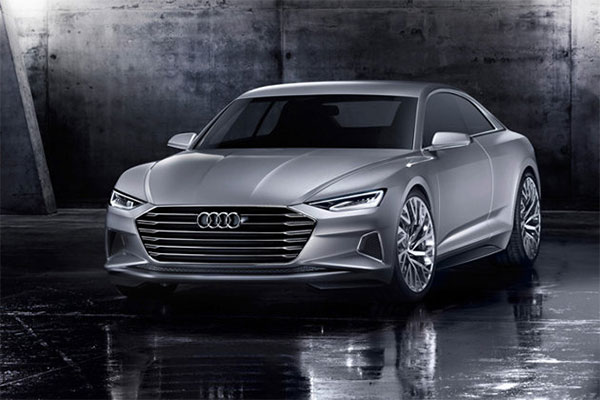 This 2-door coupe faces off directly with the Mercedes S-Class Coupe. The concept car is slightly shorter and flatter than the last Audi flagship, the Audi A8, and packs Audi’s twin-turbocharged 4.0-liter V8, which outputs the whopping 605HP and 553lb-ft of torque. It races from 0-100km/h in merely 3.7 seconds despite being a heavy luxury offering, weighing in at around 4300 pounds. 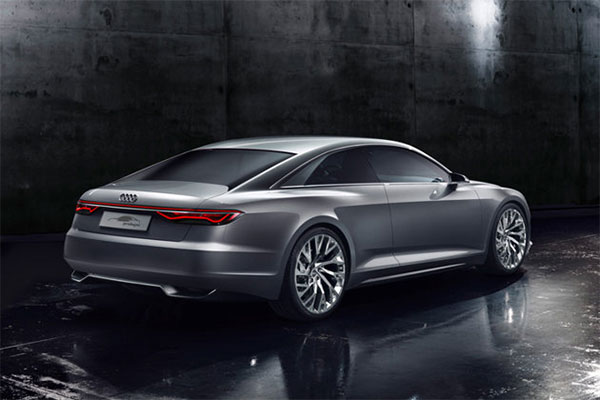 The front grille of the Prologue Concept is lower and wider than current Audi vehicles, the front fascia rocks high-resolution laser headlights and a high-strength steel and aluminum body, in addition to 3D glass taillights and flared rear fenders. 20-inch carbon ceramic brakes adorn the humungous 22-inch alloy wheels, justifying the designers’ claims about the sportiness of this vehicle. 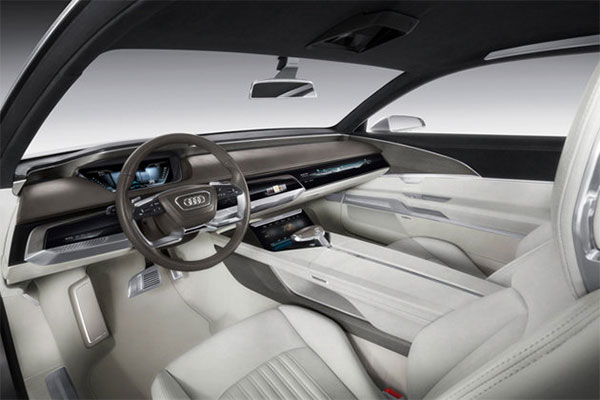 The interior is tan and grey themed, with the dash rocking three separate large touch screen OLED panel to navigate your way around the vehicle’s infotainment and entertainment centers. Audi’s voice assistant is on board too; conveniently recognizing occupants by their cell phones and changing the climate, music and seating settings according to their individual preferences.

Stay tuned for more updates about availability and pricing information.