Unless you live under the rocks, you can’t deny the recent surge of electric cars in the market. When Tesla’s first car came in 2008 and changed the automotive scene, nobody thought electric vehicles (EVs) could beat supercars and even race cars.

Fast forward today, and we now see several worthy automakers that are ready to challenge Tesla’s dominance. A clear sign of progressive EV technology is the race to create the fastest electric car and break speed records.

How are the manufacturers making it happen? Well, electric powertrains are much simpler than the ones available in petrol and diesel vehicles.

For this reason, EVs create lesser lag and waste minor energy, allowing the cars to use the maximum torque the motors make as you put your foot on the accelerator.

Courtesy of this technology, electric vehicles with more than 1,000 horsepower and 0-62mph (0-100kph) times of two seconds or less are not rare anymore.

Here’s a rundown of our fastest electric cars of this year. We have compiled this list taking into account the EVs that are accessible right now as well as those that will hit the roads in the near future. So, without further ado, here are our strongest silent electric performers.

The Owl all-electric hypercar comes from the Japanese automaker Aspark which plans to build 50 examples of this world’s fastest electric car. Yes, we say it is the fastest electric car in the world because it can hit 62 mph from a standstill in only 1.7 seconds. The electric car’s top speed might not be as remarkable as others on this list, but it is still attractive at 248mph. 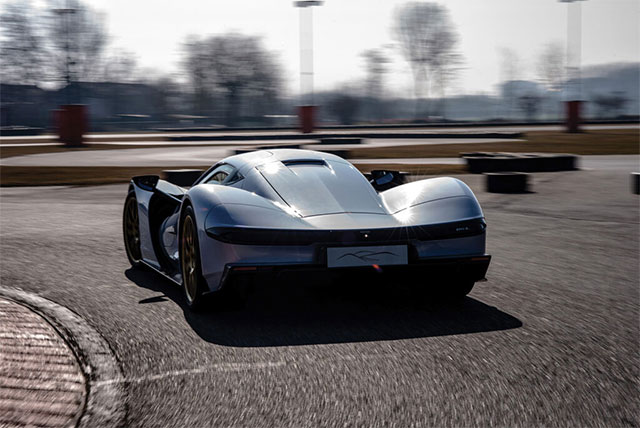 These outstanding performance figures are possible through four electric motors that jointly produce 1,987bhp and 2,000Nm of torque. The power comes from a compact 64kWh battery that would approximately deliver 280 miles of range.

Besides outstanding electric car acceleration, the Aspark Owl also looks exceptionally aerodynamic and gorgeous. It will not be wrong to say that it is unlike any other most powerful electric car on the scene. More outrageous is its eye-watering price tag of £2.5m.

Undoubtedly, the Tesla Model S revolutionized the electric industry, but Tesla now offers other worthy cars every speed junkie is anticipating. Yes, we are talking about the new Tesla Roadster with an ambition to become the world’s fastest electric car when it hits the road. 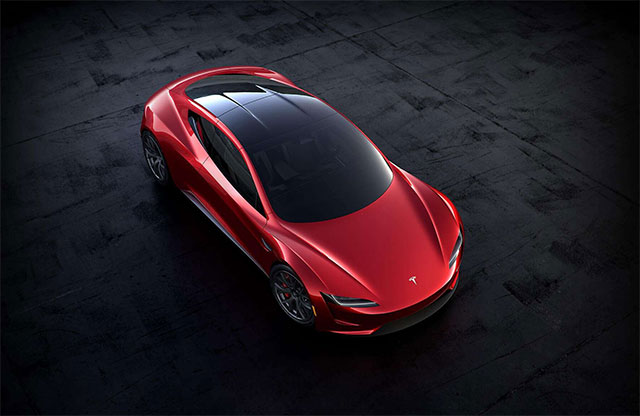 While Tesla has quoted some extraordinary performance figures for the Roadster, only time will tell if this fastest electric car could stay true to its claim. It boasts three electric motors – one on the front axle and two at the back, delivering a powerful four-wheel drive.

Tesla claims it will create 10,000 Nm of torque, which is exceptional for any vehicle. With this instant torque, the Roadster could hit 62mph (100 km/h) in head-bending 1.9 seconds.

Pit it against any hypercar; the Tesla Roadster will easily beat it in a 0 to 62 acceleration run. That said, the maximum speed isn’t bad either. The automaker claims a top speed of more than 250mph.

Of course, employing all the motors for quick commutes will put a dent in the range, but the company has used high-density batteries for the Roadster with an estimated drive range of 620 miles.

After the success of the Rimac Concept One, the Croatian carmaker Rimac introduced the C_Two hypercar, built from the ground up. Yes, the automaker didn’t use even a single part from Concept One. The result is an electric hypercar that can beat the Tesla Roadster.

For an electric car to be that quick certainly requires a high-density battery. The C_Two comes equipped with a 120kWh lithium manganese nickel battery pack, which you can juice up to 80 percent in only half an hour. Once fully charged, the hypercar can cover 341 miles, though not essentially at 258mph speed. 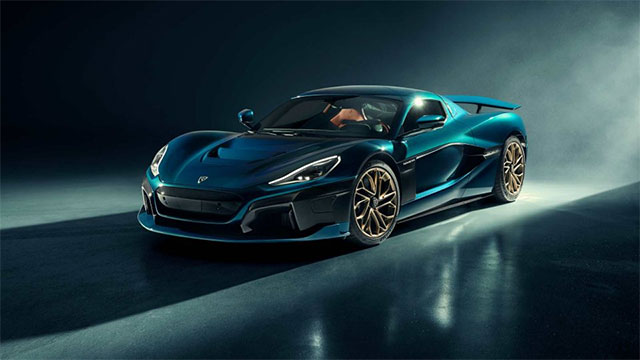 The Rimac C_Two is not merely a speed wonder; it also comes with a plethora of advanced technology features such as Level 4 autonomous driving, a driver coach, and facial recognition to lock and unlock the car.

Analyzing the C_Two’s performance numbers with its older sibling Concept One, the latter was quite capable as well with 1,224bhp, 1,600Nm of torque, and a 210-mile range.

Since Concept One was known for its superfast acceleration, we can expect the same from the more powerful C_Two.

The only downside to this electric supercar is its hefty price tag. It costs around £2m, which is a lot higher than the £189,000 Tesla Roadster.

The Battista made by Automobili Pininfarina is another fastest electric car on our list that features striking looks and enormous power. All thanks to the battery pack and other parts borrowed from the Rimac C_Two. It means the Battista has four electric motors powering the wheels and a big 120kWh battery pack.

Put your foot on the pedal, and this fastest battery-powered car can take you to 62 mph in sub-two seconds. It can complete the 0-186mph run in 12 seconds on its way to a top speed of 217mph.

The automaker declares 280 miles of range while not necessarily using the full 1,877 horsepower.

Automobili Pininfarina wants to develop 150 units of the Battista with production starting in 2021. As evident, it will not be cheap and require deep enough pockets that can carry £2m.

The all-electric Lotus Evija hypercar may become the fastest production electric car when it will hit the roads, thanks to a mighty 1,972bhp combined power output. The Evija does not only get a unique place in the brand’s history of production, but it is also Lotus’ first step in the performance-electric arena. 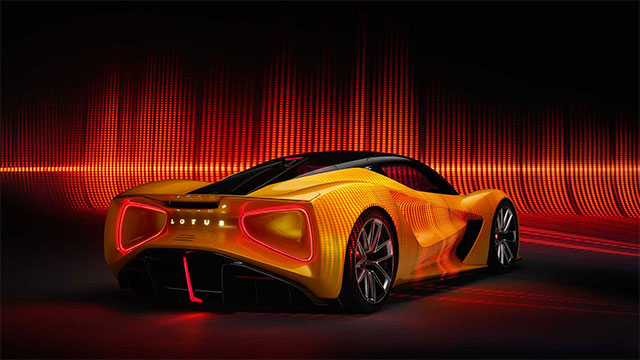 While the company didn’t validate the exact details about this fastest electric car, they did mention a 0-62mph time of fewer than three seconds and a maximum speed of more than 200mph.

It would be possible due to a reasonably small 70kWh battery pack created in collaboration with Williams Advanced Engineering. The battery powers four electric motors placed on each wheel to produce at least 490 horsepower for each.

Lotus is quoting 215 miles of range for now, but we expect it to change as the production starts later this year. When it comes, it won’t be cheap; the estimated price tag is £1.5m.

The Chinese electric car start-up Nio created the EP9 with the help of Nio’s Formula E team. Limited to only 16 units, the automaker’s flagship model features one motor on each axle that collectively delivers 1,341bhp in total.

The company says their fastest electric car can cover 265 miles on a single charge of batteries, which owners can swap with fully charged ones (in only eight minutes) once the existing ones deplete. 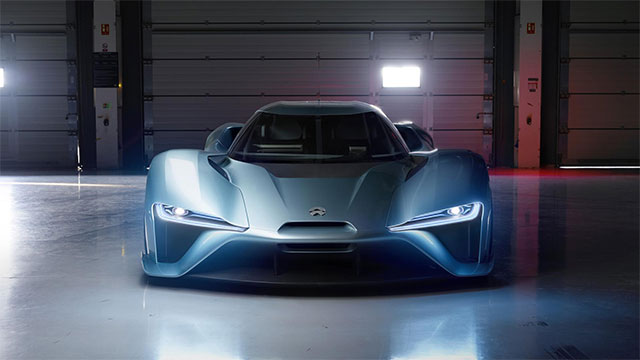 Nio developed the carbon fiber chassis following Le Man’s specification to make the EP9 a competent track-focused car. And the fastest electric car proved it when it lapped the Nurburgring Nordschleife in 6:45s, getting closer to the Lamborghini Huracan Performante, Porsche 918 Spyder, and the present lap record holder, the Mercedes-AMG GT Black Series.

Nio has so far sold six examples of the EP9, each costing at least £1million.

If you ask us what is the fastest electric car on earth, we say it is Buckeye Bullet 3. Well, it is not a production vehicle, as Ohio State University made only one with assistance from the French company Venturi.

They went on to hit the Bonneville Salt Flats in September 2016, and the result was a new electric Land Speed Record of 342.144mph. Just to acquaint you, the first ICE (Internal Combustion Engine) vehicle that crossed the 340mph mark did that back in 1938. 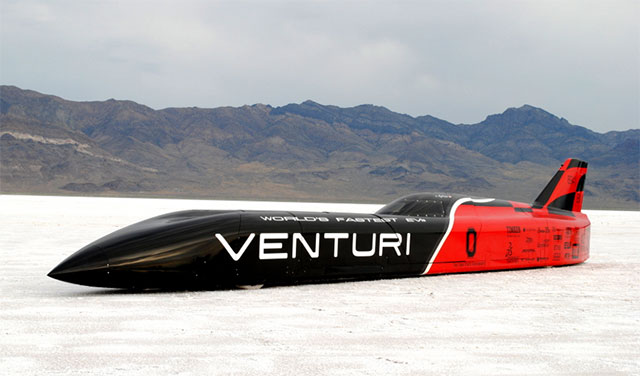 The Buckeye Bullet 3 boasts two electric motors – one on each axle – mated to a two-speed transmission. The first gear can handle speeds up to 275mph.

The developers are now working on setting another land speed record with an aim to cross 400mph speed.

Which electric car is the fastest?

Aspark Owl which goes to 60mph in 1.69 seconds is the fastest electric car in the world right now.

How fast is the new Mercedes electric car?

Mercedes rear-drive variant can go from 0 to 60 in 5.5 seconds which isn’t the fastest but a good addition to the EV market.

What electric car is faster than the Tesla?

Rimac Nevera with a top speed of 258 mph is the only car faster than Tesla Roadster which has a 250+ mph top speed.

Is a Tesla faster than a Bugatti?