In its efforts to compete better against Mercedes, Ferrari understand that enhancing the performance of their F14 T car is imperative.

Having won the Australian Grand Prix this month in style, Mercedes are widely regarded as the favorites of the 2014 season.

Fernando Alonso finished the race in Melbourne at number four with 12 points, while Kimi Raikkonen ended up at the seventh position. However, the two major Ferrari drivers were way behind the winner, Nico Rosberg of Mercedes.

Ferrari’s technical director, James Allison understands that his team has their work cut out. While talking to the Ferrari website, he said that F14 T showed reliability during the Australian Grand Prix, but it needs massive improvements if Ferrari is to perform well in the racing season. 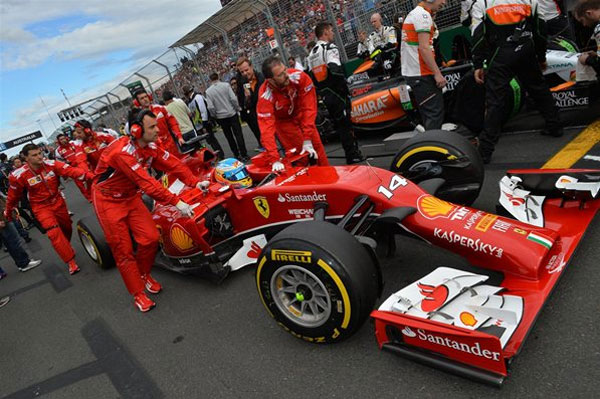 Allisson claimed that the F14 T performed well at the start with high speed corners; however, the car could not live up to the expectations on straights.

Not getting off to a good start in a season isn’t something new for Ferrari as they have experienced similar situations in the recent years. The team’s technical director is confident that the new rules in the 2014 season will allow them to come back hard in the upcoming races.

Giving hope to Ferrari-fans around the world, Allison is optimistic that his team will bounce back hard.