The Honda Automobile has revealed its new series of the Honda Civic Type R Concept Car with highly amazing outlook and technology. Powered by the Fuel Cell Electric Vehicle (FCEV) Concept, the model presents an outlook to the futuristic car models. The experts of the Honda Company have come up with appealing design with dashing exteriors. The visitors of the Geneva Auto Show 2014 found it as one of the fictional car models just came out of Video Games.

The fuel cell technology of the New Honda Civic Concept modal makes use of Hydrogen as the prominent fuel, which is obtained by breaking water into its fundamental elements. The super handling all wheel drive of the new model stands as the dual hybrid car with extreme capabilities of the racing spirit. The sleek aerodynamic design along with the powerful combination of the power train makes it a gorgeous model among all its rivals. 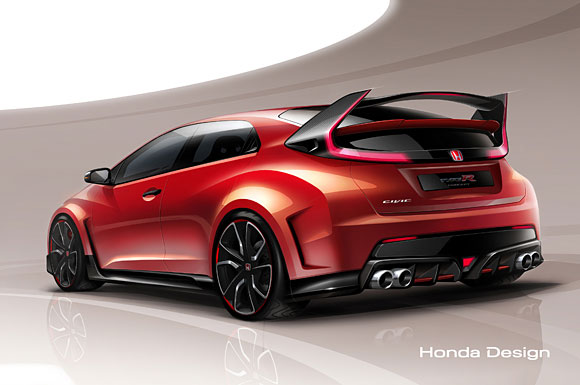 The integration of the modern gadgets in the lavish interiors focuses not only on the comforts of the driver and its passengers but also on the safety of each of its passengers. The introduction of the fuel cell technology for the car models has marked the pioneering of the Honda Company in the entire automotive market all over the world, thus, giving tough hits to its rivals. However, there are no official words on when this new technology will be integrated into the modern car models.

The model is considered to be a super car and proved to be a much gazed model in the entire showcase. Honda has declared to reveal more editions of this concept model as well as racing car models based on the fuel cell technology. The Honda press conference will be held on 4th march Tuesday on the Honda stand at 14:15 CET, thus, expected to reveal further details.