The Japan-developed all new 4th generation Honda City has been unveiled in a World Premier event in New Delhi, India. The unveiling also gave customers a chance to have a look at the new 4-cylinder, 1.5 litre DOHC i-DTEC diesel engine which Honda claims has been fitted exclusively for Indian customers. There also will be an optional upgraded 4-cylinder, 1.5-liter SOHC i-VTEC gasoline engine designed to produce ‘class leading fuel economy’.

Developed in Honda’s Research and Development centre in Tochigi, Japan, the car has passed an extensive surveying program including India and all neighbouring ASEAN countries. The diesel engine is already quite popular in India, so the automakers saw an opportunity and didn’t hesitate to make use of it in the most efficient way possible. That is why the production of the all new Honda City will be led in India, seen by Honda as a strategic market for them. 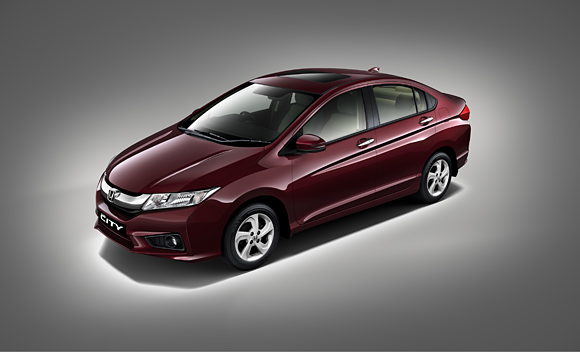 The new model adopts Honda’s new design concept ‘Exciting H Design’ promoting advanced sportiness, comfort, and one of the best fuel efficiency in the segment. The car has been given a perfect exterior look with an athletic curved body, with the height raised by 10mm and the wheelbase stretched by 50mm. The interior cabin is certainly more spacious with definitely more legroom than before, and even the elongation further accentuates the vehicle rather than giving it a stretched look. The vehicle will be launched for sales in January 2014 with pre-launch bookings already kicking off in India.