Hybrid cars are everywhere, yet many of us are uncertain what benefits they offer drivers. Hybrids combine the power of electricity with an internal combustion engine powered by fuel. They use the electrical battery until it runs out of energy and then the fuel engine kicks in. When breaking or idling they turn off automatically. When operating on the battery the hybrid creates zero emissions which is why they are so Eco-friendly. Hybrids use a regenerative brake system that actually charges the battery whenever the brakes are applied. This energy can then be used by the electric motor.

The concept for hybrids has been around for almost a century, however, they weren’t introduced to the mass market until 1997 with the launch of the Toyota Prius. They sold 18,000 in the first year in Japan. That same year Audi attempted to launch their Duo hybrid model in Europe which was not met with the same enthusiasm and the car was discontinued. In the U.S., The Toyota Prius launched in 2000 and in 2002 Honda introduced their Civic hybrid. Since then, car companies have been launching their versions around the world from Lexus to Ford and Volkswagen to Mercedes-Benz. 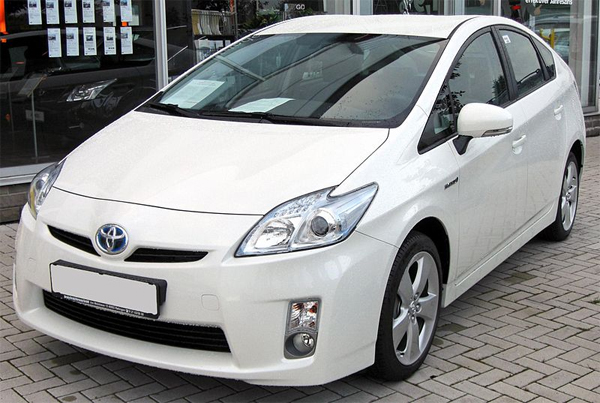 Hybrids vary on how they use each energy source. Series Hybrids use the electrical to power the wheels and propel the vehicle using energy only from this one power source.The gas engine is used to produce electrical power, but not to drive the car. The Series hybrid is perfect for urban or suburban living, but is not as efficient for highway driving. Parallel hybrids can use either the combustion engine or electrical which work together to decide when an additional power source is required. The Parallel hybrid depends more on fuel and can therefore have less energy saving benefits. Power-Split or Two Mode Hybrids can operate the wheels from both sources simultaneously. It can run with one or both motors and the gas engine runs alone when driving in higher gears. The type of architecture used will have an effect on fuel efficiency, performance and of course price.

Toyota sold over 5 million hybrids worldwide in 2012 which helped saved 12 million kiloliters of gasoline and reduced CO2 emissions by 34 tonnes. Toyota and Lexus offer 19 hybrid vehicles in 80 countries and regions around the world, making them the world leaders in hybrid vehicle sales.

A recent breakthrough with Peugeot Citroen and Bosch known as the Hybrid Air is forecasting CO2 emissions reductions of of 30 percent compared to the standards of today’s other hybrid models. Hybrid Air will use compressed air for energy and hydraulic components are able to recover and store energy generated by both the combustible engine and braking. Peugeot Citroen believes the new technology will have an application for both passenger cars and even light delivery trucks.

Those who choose to drive a hybrid enjoy the experience and swear by them once converted. Many countries and regions offer incentives to purchase hybrid vehicles from rebates in North America to exemptions from the London Congestion Charge in the UK.

Pros and Cons of the Hybrid:

With many models available on the market today, finding a dealership will be easy for those interested in exploring their options further. Once the opportunity to test drive a hybrid presents itself many drivers may be forever converted.