The Lamborghini Aventador SV Roadster has been spotted, without wearing any dual-tone swirling body paint to hide its looks. The latest Lambo will be the most powerful Aventador yet, combining power configurations of both LP 700-4 Roadster and LP 750-4 Superveloce.

Lamborghini has already exhausted its supply of Gallardo and Murcielago, leaving Huracan to lead the torch of Aventador line-up, but now the raging bull is bringing up its latest SV Roadster to couple with Huracan, which will be an enhanced manifestation of its previous mainstream racers. The specification for the new SV Roadster is anticipated to underline a 6.5 litre V12 engine, which will be able to deliver 740 horsepower to all the wheels, via company’s native 7-speed ISR transmission. 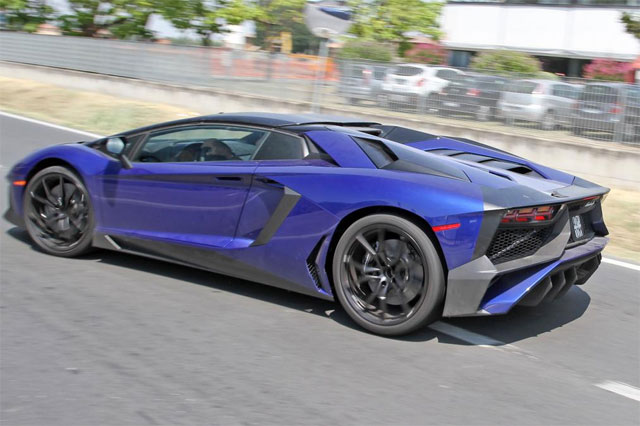 The all-new Lamborghini SV Roadster will possess a detachable rooftop, and although there’s an expected rise in weight, the core power will also be elevated, thus won’t impact its performance.

Lamborghini is also prepared to unleash Aventador LP 750-4 Superveloce Roadster during the upcoming Frankfurt Motor Show, which is confirmed to enter production lines, with an aim to produce 500 units. Lambos have always managed to win the hearts of car lovers with their style and speed, the next generation supercar by the Italian automaker is expected to follow the suit.

Previous PostDon't Buy A Banger! Here's How You Get The Best Deal On A Used Car Next PostRevealed: The Ultimate Citroen Buyers Guide